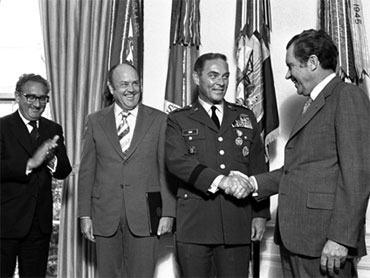 For the past 17 summers, Food and Wine magazine has announced their choices for "Best New Chefs." The editors seek out chefs who are pushing the boundaries of the culinary world. The chefs must be innovators, with a distinctive style and vision, but, most importantly, they need to translate these ideas into delicious food.

Scott Conant from L'Impero restaurant in New York CIty, is one of the magazine's Best New Chefs this year. The Saturday Early Show asked him to create a delicious Italian meal on our Chef on a Shoestring budget of $30.

Conant's menu: an appetizer of Summer Bean Soup; an entrée of Pork Milanese with Arugula Salad; and for dessert, Ice Cream Affogato.

Conant was first introduced to the pleasures of good food by his family as a boy growing up in Waterbury, Conn. His father's parents owned a potato farm in Maine, where Conant learned to appreciate simple, rustic New England cuisine. His mother's father spent afternoons with Conant cultivating his garden, and in the evenings sharing the authentic Neapolitan cooking of his heritage.

Conant started his culinary training at the tender age of 11 in cooking classes at a local community center. At 15, he enrolled in a trade school for culinary arts, and was encouraged to further his education at the Culinary Institute of America (CIA). On his required externship from the CIA, Conant went to work at New York City's famed San Domenico, where chef Paul Bartolotta's creative and classically-rooted cuisine had a decisive impact on the young chef.

Upon earning his degree from the CIA, Conant was hired at the Hotel Bayerisher Hof in Munich, Germany. Though Italian cuisine was his first love, Conant took the opportunity to learn the patissier station, mastering the intricacies of German pastry. After a year abroad, he returned to San Domenico, where he went to work under new chef Theo Schoenegger. Conant spent two years there as sous chef, coming into his own as a leader in the kitchen, and serving as part of a team that earned the restaurant three stars from the New York Times.

In 1996, Conant took on the task of revamping and redirecting the SoHo restaurant institution Barolo. He was then asked to help recreate Chianti on the Upper East Side. Conant immediately focused on upgrading the entire operation, from the quality of the ingredients the restaurant purchased to the service in the front of the house. The "new" restaurant earned glowing praise from New York Magazine and the New York Times, and Gourmet Magazine went one step further with a feature on Conant by writer David Rosengarten.

Next, Conant became the opening executive chef for City Eatery, where he further refined his trademark Italian-inspired style and earned an overwhelmingly positive two-star review from the New York Times. Conant then worked as a chef-consultant on a range of projects, including the Gotham Restaurant Group, Bar Veloce and Luna Park.

He opened L'Impero in 2002 to great reviews.

Yellow Wax Beans: Chef Conant suggests using yellow wax beans for his summer bean soup. Yellow wax beans are available year round with a peak season from late July to late September. The color of sunshine, cheery yellow wax beans are slender, long and uniform in shape but are marketed in various sizes. Varying from light yellow to deep yellow, this attractive wax bean has a thinner velvety skin and a more subtle flavor than the common green bean. Yellow, wax, snap, green and string are words referred to beans picked while the pods are fleshy and soft and while the seeds are very tender. You can add their sunny color, excellent taste and crisp texture to stir-fries, soups, stews and casseroles. They can be steamed, braised, baked, sautéed or microwaved.

Some suggestions: Cook and chill colorful yellow wax beans for a tasty addition to a variety of salads or to enjoy simply as a snack. Sauté gently in olive oil; add your favorite mushrooms and onion; sprinkle with seasonings for a healthful side dish. Top hot steamed yellow wax beans with butter to bring out their naturally good light and mellow flavor. Whatever the method, cook fresh beans as little as possible to maintain their texture. For extended enjoyment throughout the year, can or pickle blanched beans with spunky spices. To store fresh beans, wrap in plastic and refrigerate in crisper drawer. Use within one week for optimum quality and taste.

Scaloppine: Scaloppine is a term in Italian cookery describing a thin piece of meat (most often veal) often pounded with a mallet, usually prepared by dredging the meat in flour and sautéing. Scaloppine dishes are generally served with a sauce based on wine or tomatoes. Conant used pork instead of veal in this dish and serves his scaloppine with an arugula salad.

Affogato: This is a very traditional Italian dessert. This could rank as one of the world's easiest desserts. But, Conant says, how delicious is such simplicity! You can substitute decaffeinated espresso if you want to avoid the caffeine. You can also add a dash of cointreau.

Add zucchini and sauté until tender, about three minutes. Add beans, red bell pepper and the tomatoes. Cook together for an additional four minutes; add the chicken broth.

Place each cutlet between two sheets of parchment paper or wax paper. Using a meat mallet and working from the center to the edges, gently pound each cutlet to a thickness of 1/4-inch.

Add 1 tablespoon of olive oil to a 12-inch sauté pan. Heat the oil until the pan is just smoking. Lay the cutlets in the pan, making sure they do not overlap. Reduce the heat to medium-high, and saute the pork cutlets until crispy and golden brown, about 3 minutes on each side.

To serve, arrange cutlets on individual dinner plates; top with a mound of the arugula salad.

If you don't have an espresso machine:
1/2 cup boiling water
1 tablespoon espresso powder

To make the espresso if you don't have an espresso machine:

Whisk the boiling water and espresso powder in a 1-cup glass measuring cup until the powder is dissolved.

To serve:
Place a scoop of ice cream in each of four dessert bowls or martini glasses. Pour one hot shot of brewed espresso (or 2 tablespoons of hot instant espresso) over each scoop of ice cream. Garnish with fresh mint; serve immediately. 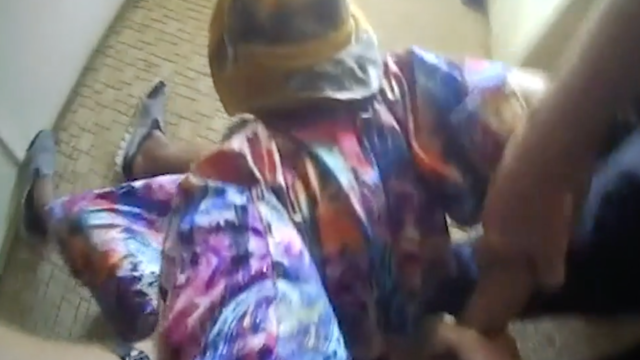 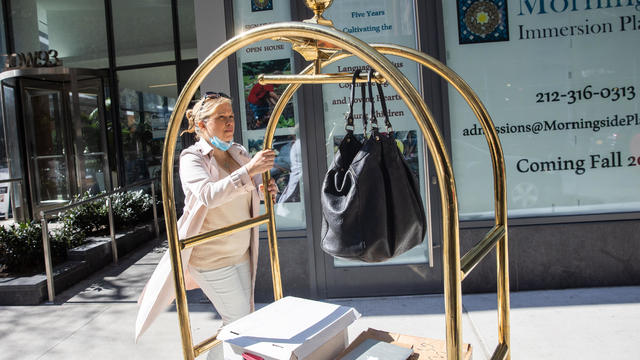