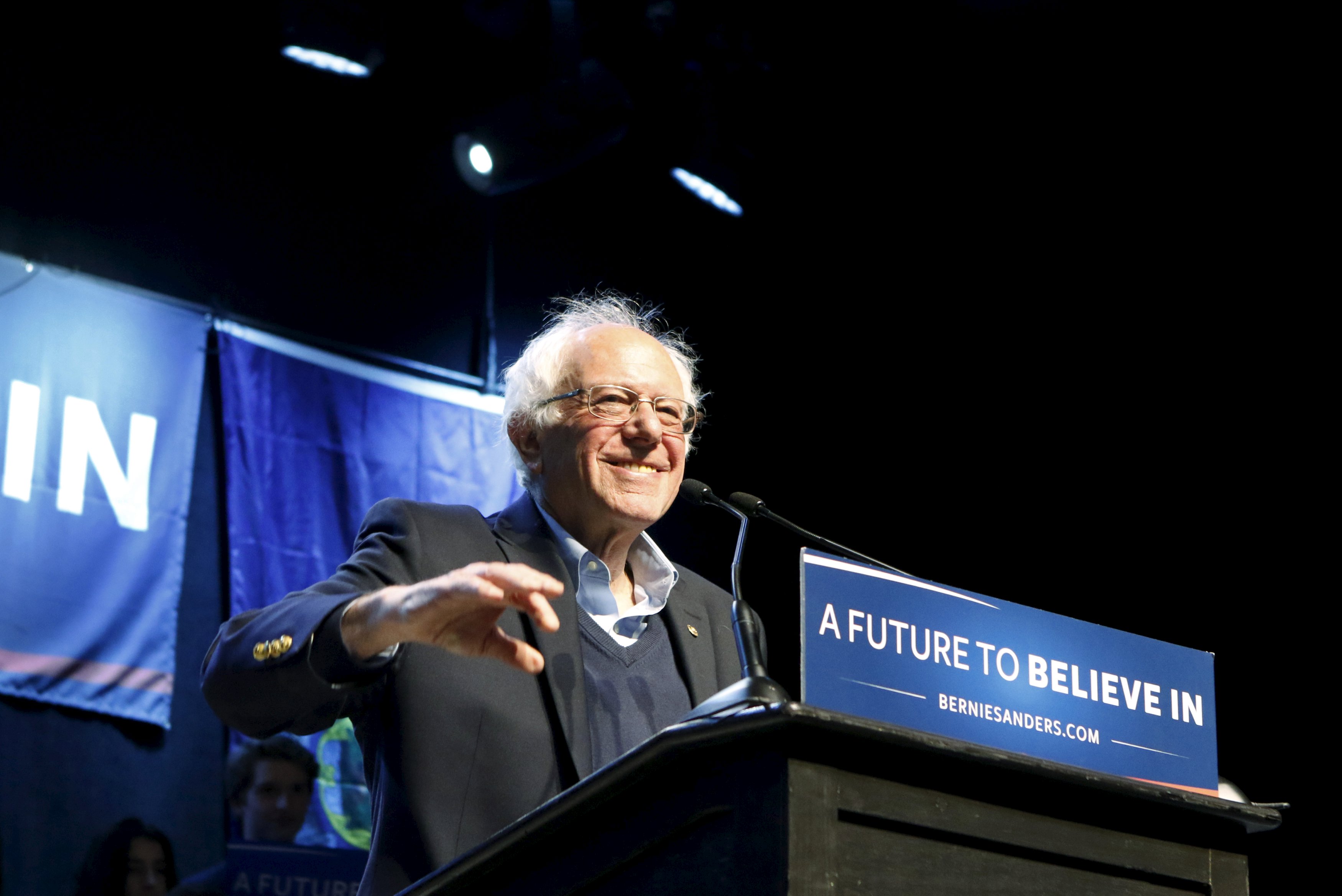 PORTLAND, Maine -- Vermont Sen. Bernie Sanders swept to victory over former Secretary of State Hillary Clinton in Maine's Democratic presidential caucuses on Sunday, riding a heavy turnout that left some participants waiting for hours to vote in the state.

Sanders, who told supporters he'd win if there was a strong turnout, beat Clinton by a margin of nearly 2 to 1 in voting in hundreds of communities across Maine.

Democrats had hoped for solid participation, and turnout was higher than expected throughout Maine, including in Portland, South Portland, Lewiston, Bangor and Brunswick.

The crowds were so large at some locations that participants were given the option of voting via absentee ballot, CBS affiliate WGME reported.

"It's phenomenal. It means there's a ton of energy in the Democratic Party; the fact that so many people are committed and got here so early and are hanging in there to vote," Maine Democratic Party Chairman Philip Bartlett told WGME.

In Portland, the line of people waiting to get inside a high school for caucuses grew to a half-mile. Some people waited more than four hours to get inside, and U.S. Rep. Chellie Pingree went outside to bring them pizza.

State Sen. Justin Alfond vowed to present legislation to do away with inefficient party-run caucuses and institute primary elections.

"The awe-inspiring turnout meant too many had to wait in long lines to make their voices heard. We need to have a conversation, once again, about the best way to nominate our presidential candidates, and ensure the process is easy and accessible to all," Alfond said.

In primaries, participants cast tallies via secret ballot as they would on Election Day, and the election is conducted by state and municipal officials. Caucuses are run by the parties and require a greater time commitment at local gatherings featuring speeches. Caucuses usually involve a public show of support for the candidates.

Isaac Santerre, 19, arrived at his caucus site in Portland at 1 p.m. and finally got a chance to vote for his candidate, Sanders, at 5:50 p.m.

"It's outrageous. It seems like a ridiculous waste of time," he said. "The whole thing is frustrating to think they could hold a caucus in a small place like this."

Portland Mayor Ethan Strimling, a Democrat, was upset to see people still waiting hours after the caucus was scheduled to begin as the temperature hovered in the 30s.

"This is unacceptable for people voting to wait out in the cold," he said.

Bartlett said organizers at the Portland caucus were overwhelmed by the turnout, which was far beyond the 2008 participation.

"We certainly regret that folks had to wait outside for so long but appreciate the enthusiasm," he said.

Barbara Schlichtman, 49, from Peaks Island, rode the ferry to the mainland so she could vote for Clinton. She sees Clinton as a role model with the experience needed to work with Congress and pass legislation.

"She's a woman who has persevered through political and domestic storms," she said. "She is a strong woman who has been consistent in her support for women's issues and for children's issues."

The gatherings in 400 cities and towns came a day after Republicans held their caucuses in Maine. Texas Sen. Ted Cruz beat New York businessman Donald Trump in the GOP contest in which the number of votes cast was more than triple the number in 2008.

Unlike Saturday's GOP caucuses, the results of the Democratic caucuses on Sunday weren't binding.

Sonia Cook Broen, 34, said she was thinking of the future for her two children, ages 10 and 7, when she cast her vote for Sanders.

"People think he's far left, but he's just for the people," she said. "Some people say that's being a socialist. But I call that being a good human being."