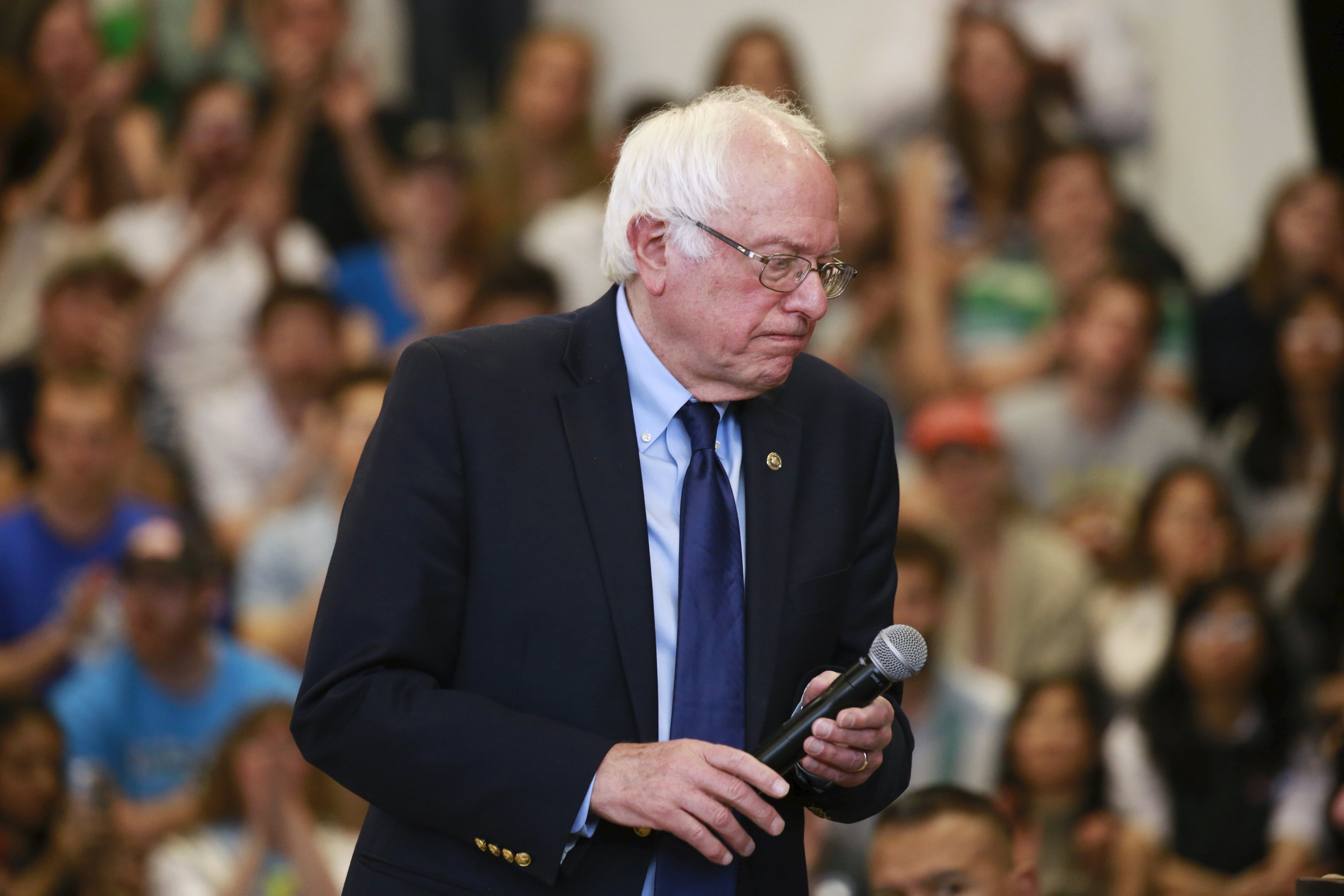 Depending on the outcome of Tuesday's five primary contests, voters could see a shift in Bernie Sanders' critical tone toward rival Hillary Clinton, according to a senior adviser for Sanders' presidential campaign.

When asked by NPR if Sanders would ever consider toning down his harsh critiques of the Democratic front-runner, adviser Tad Devine said it's a possibility that the Vermont senator could "re-evaluate" after Tuesday.

"If we think we've made enough progress, then we'll keep on the path that we're on," Devine said in an interview published Saturday. "If we think we have to, you know, take a different way or re-evaluate, you know, we'll do it then."

But, Devine added, "right now, we think the best path beyond is the one we laid out months ago."

Devine's comments come more than a week after the two Democratic candidates clashed in a fiery debate in Brooklyn before New York's primary. At that forum, Sanders repeatedly struck out against Clinton's policy positions, including her relationships with Wall Street and her Senate vote for the Iraq war. The Brooklyn brawl, however, didn't do much for Sanders' standing in the state, which Clinton won by 16 points.

Five states vote Tuesday, making it a crucial turning point for Sanders, who trails Clinton by hundreds of delegates (including superdelegates) in the race. In the states casting ballots Tuesday -- Connecticut, Delaware, Maryland, Pennsylvania and Rhode Island -- recent polling suggests Sanders could be in for another disappointing night.

Sanders has previously promised that he would stay in the race until the party's Democratic convention this summer.