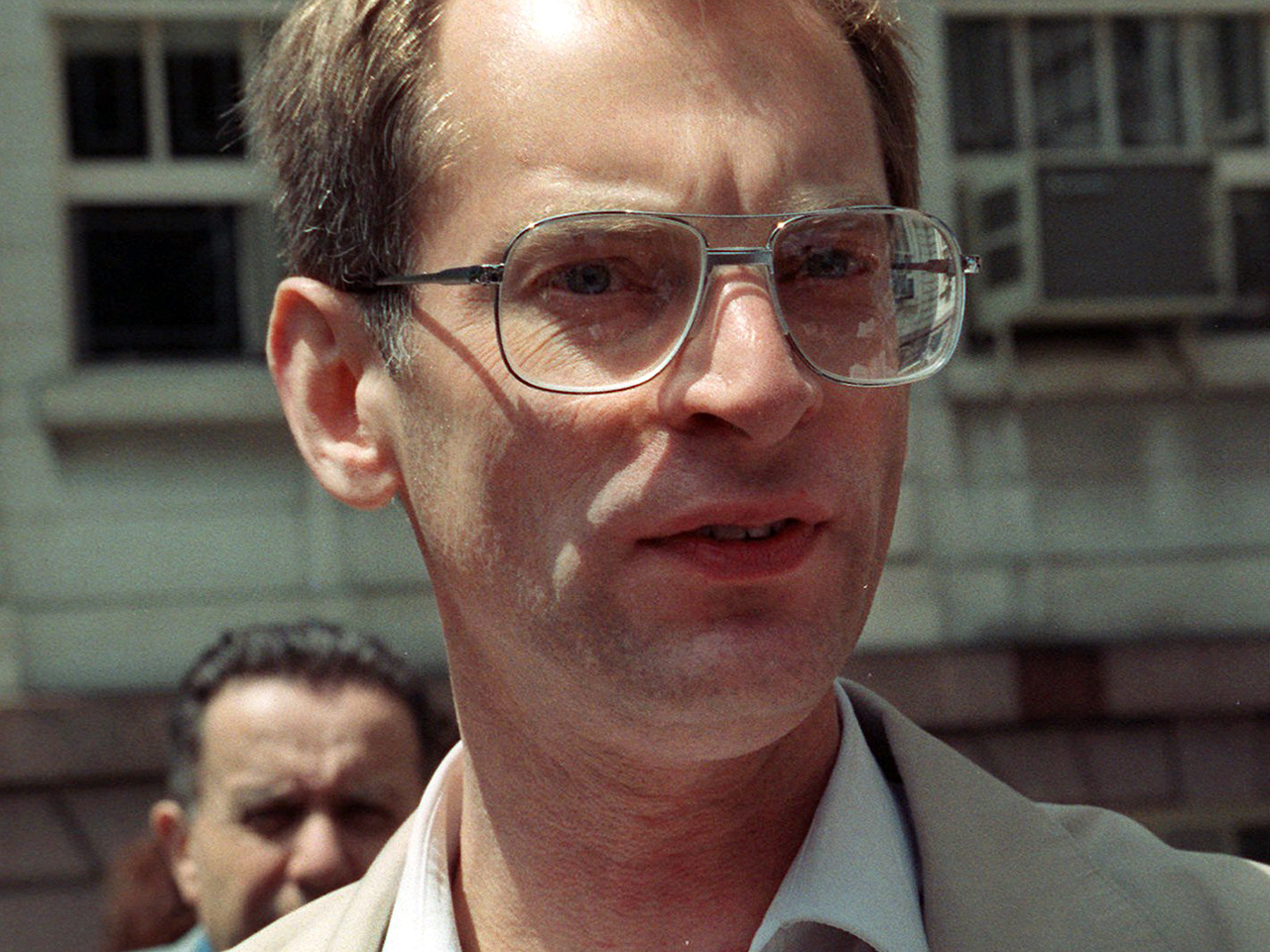 Goetz, now 65, has been charged with the criminal sale of marijuana.

Police said he sold a small amount of marijuana to an undercover police officer on Friday. They met inside Union Square Park and walked a short distance to 15th Street and Fifth Avenue, where the pot and the money exchanged hands, police said.

The marijuana was valued at $30.

On Dec. 22, 1984, Goetz was involved in a case that divided the city after he shot four teens who asked him for money on a downtown subway train, leaving one of them paralyzed.

Goetz said the teens - Barry Allen, Troy Canty and Darrell Cabey, all 19; and James Ramseur, 18 - blocked him from the other passengers in the car as one of them demanded $5. The teens were not armed, but they were carrying screwdrivers for an alleged plan to go to a video arcade and burglarize the game cabinets.

Goetz admitted that he opened fire and shot the four men, wounding two in the back, and ultimately stopped only when he ran out of bullets.

The case caused an uproar and a sharp division in the city, particularly when a grand jury initially declined to indict Goetz on attempted murder charges.

"I believe that most people believe that the criminal justice system is broken down and that the rights of society are not adequately protected under the law, under court procedures, under the various things that go into it, and I think that this case gives us the justification to get the legislature and the courts to do a better job," Mayor Ed Koch said at the time.

Then-U.S. Sen. Alfonse D'Amato, R-N.Y., said early in 1985 that the Goetz case "demonstrates quite clearly people's outrage to the criminal behavior that's taking place." At the time, D'Amato told a Senate committee that even his own bodyguards were afraid to ride the subway.

In front of Goetz's 14th Street apartment building one night early in 1985, a shouting match quickly broke out.

"I've been the victim of a mugging, and I don't want people being able to pull guns out on the subway and able to shoot people down," a man said back.

Goetz was later subjected to a new indictment by a second grand jury, on four charges each of attempted murder and assault. On June 16, 1986, a jury found Goetz guilty only of criminal possession of a weapon in the third degree and was acquitted on all other counts.

He was sentenced to six months in jail, one year of psychiatric treatment, five years of probation, 200 hours of community service and a $5,000 fine.

In 1996, Cabey also won a civil lawsuit against Goetz, in which a jury found him liable of reckless and deliberate inflection of emotional distress. Cabey was awarded $43 million in damages, according to published reports.