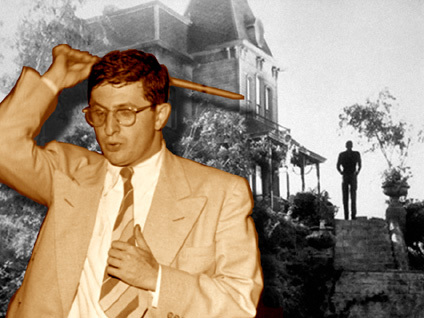 June 29, 2011 marks the centenary of the birth of Bernard Herrmann, one of America's most innovative and influential composers. He is best known for his film scores for such classics as "Citizen Kane," "Vertigo," "Psycho" and "Taxi Driver" - music that forever changed the way we listen to movies.

His collaborations with directors Orson Welles, Alfred Hitchcock, Francois Truffaut, Brian De Palma and Martin Scorsese are landmarks in cinema. And while the fiery and temperamental artist became a pariah to many in the Hollywood film industry (he was infamously fired by Hitchcock for refusing to write "pop" music that would sell records), Herrmann's work is among the most revered and imitated in films today.

Herrmann also contributed substantially to radio drama and music broadcasts for nearly two decades at CBS, including his original work with Orson Welles for "Mercury Theater on the Air," and his compositions for Rod Serling's "The Twilight Zone."

For a slideshow of Herrmann's career and major works, including audio clips of his film music, click on our photo essay below.

Also, a video: Bernard Herrmann: A Master of Movie Music, with excerpts from his most famous works.