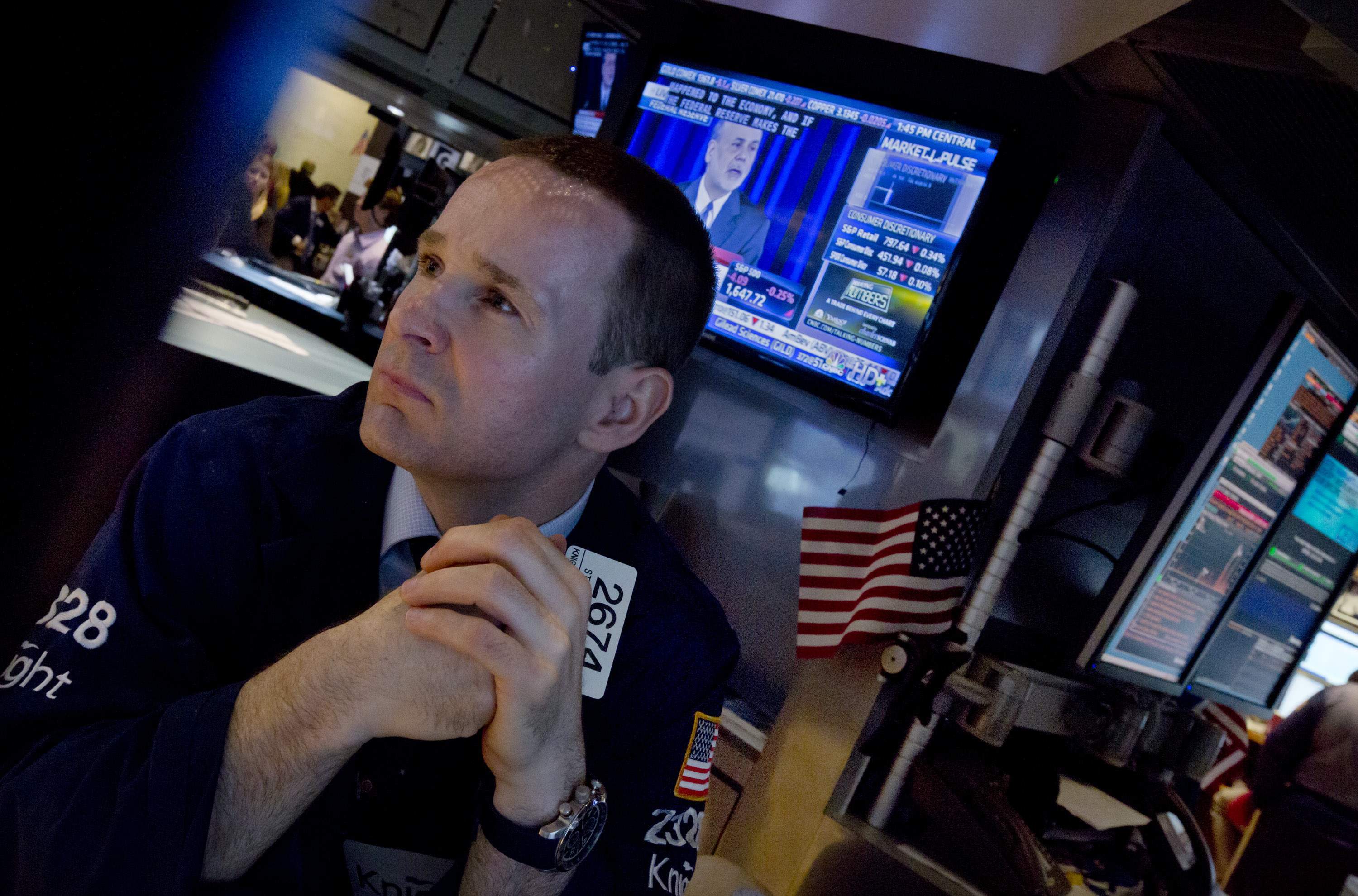 (MoneyWatch) Although Federal Reserve pledged Wednesday not to take away the easy-money punch bowl immediately, Chairman Ben Bernanke said the central bank would likely begin easing back on its stimulus later in the year. That sent a chill of fear through the markets.

The yield on the 10-year Treasury note surged to 2.33 percent from 2.21 percent as traders sold the bonds. The dollar rose.

Bernanke and the Federal Open Market Committee, the Fed's monetary policy panel, offered an upbeat tone on the economy, but stocks immediately began their plunge as the Fed chairman told reporters of a rough outline for the end of the Fed's stimulus efforts, with bond purchases likely to end sometime in the middle of next year.

"Our reading of this is that a continuation of recent trends, particularly in the labor market data, will be enough to justify a modest cut in the rate of asset purchases as soon as the September meeting," said High Frequency Economics chief U.S. economist Jim O'Sullivan in a research note.

"There was nothing unexpected," said Brian LaRose, technical analyst at advisory firm United-ICAP. "No one expected tapering right away or a major policy shift. People expected them to maintain the status quo and that's what they did. But the main point is that this may be the 'Aha moment' where the market realizes we have had massive stimulus, it is going to end one day and the goal is not being realized: Inflation is still low by the Fed's estimation, and we still have high unemployment.

"Today was a lose-lose situation for Bernanke," LaRose continued. "The fact that he has said he has to maintain the program is a signal that the economy isn't on the mend... the fear here is that the emperor has no clothes and that this policy hasn't worked."

The wild ride on Wall Street was yet more evidence that stock prices have moved more in tandem with expectations of more juice from the central bank than with economic or business fundamentals. That has given rise to a sort of "Kremlinology" phenomenon, in which traders parse every possible suggestion of what the Fed will do with its stimulus program. In that sense, people have begun interpreting good news as a negative indicator since it would mean less need for easy money.

Weaker economic numbers, on the other hand, might portend more money flooding the markets, and hence higher equity prices.

This sort of refractory analysis suggests to some that Bernanke and the Fed should not be taken at face value, and the selloff may not be warranted.

"Major indices fell about a full percentage point as Bernanke spoke," said economic analysis firm IHS Global Insight in a note to clients. "Markets have learned that the Fed is chronically optimistic and are not buying the upbeat view. But then markets shouldn't worry about the Fed tapering this year -- that is, if they believe Bernanke's contention that the decision is truly data-dependent."

QVC buys HSN in a move to challenge Amazon