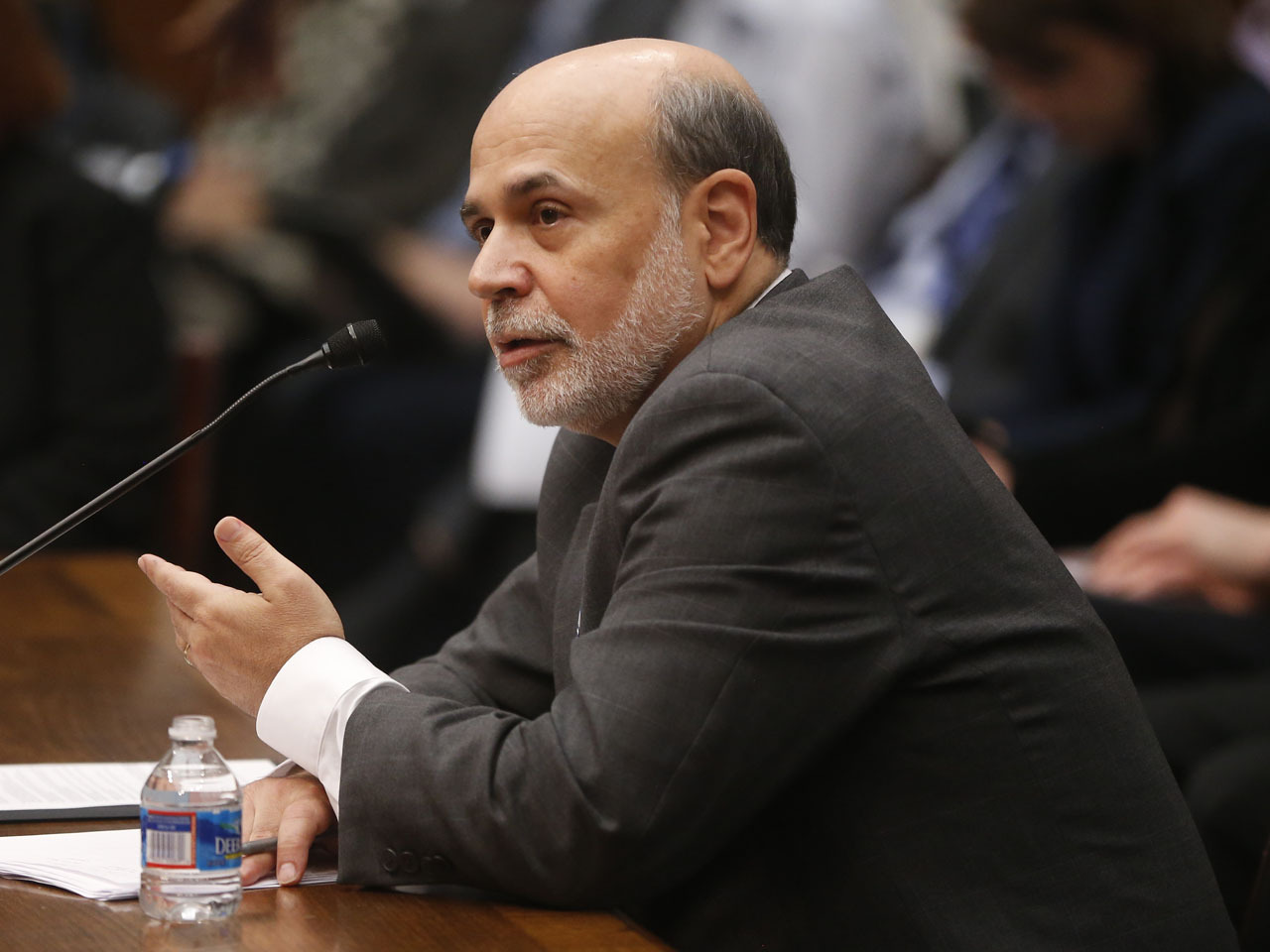 (MoneyWatch) Although an audio problem delayed Ben Bernanke's latest congressional update on the state of the U.S. economy, the Federal Reserve chief will hope his message is received loud and clear.

Addressing lawmakers on Wednesday, Bernanke reiterated a point he made last month and that he has since sought to underline: The Fed expects to begin tapering its massive bond purchases later this year, but that plan is contingent on the economy continuing to heal.

"I emphasize that, because our asset purchases depend on economic and financial developments, they are by no means on a preset course," he told the House Financial Services Committee in a presentation that started 30 minutes late. "On the one hand, if economic conditions were to improve faster than expected, and inflation appeared to be rising decisively back toward our objective, the pace of asset purchases could be reduced somewhat more quickly."

Bernanke's assurance that the Fed will change the bond purchases, a policy known as "quantitative easing," or QE, as economic conditions dictate is aimed largely at investors. Financial markets plunged in May after guidance by Bernanke and the Federal Open Market Committee caused confusion over when the bank would start scaling back its bond purchases.

Stocks recovered in the ensuing weeks, and now hover around record highs, after Bernanke and other Fed officials gave speeches emphasizing that the central bank would continue to support the economy through low interest rates.

Stocks were making modest gains in early trading following the release of Bernanke's remarks. The Dow Jones industrial average gained 19 points, to 15,471, while the Standard & Poor's 500 and Nasdaq composite index were up 5 and 11 points, respectively.

"Even though Fed Chairman Ben Bernanke just repeated the party line in a slightly different way in his semi-annual testimony to Congress today, the message that the tapering of [QE] is not set in stone and that the end of the asset purchases won't be immediately followed by higher interest rates is increasingly getting through to the markets," wrote Paul Dales, senior U.S. economist with Capital Economics

Analysts said Bernanke's latest remarks sought to highlight that the Fed is in no rush to withdraw monetary stimulus.

"The Fed chairman's prepared testimony struck a now-familiar balance, with another statement about starting to scale down the purchase program soon -- although the data will matter, as they are not 'on a preset course' -- but also a clear message that tightening via either balance sheet shrinkage or a rate hike is not imminent," said Jim O'Sullivan, chief U.S. economist with High Frequency Economics, in a note to clients. "Overall, no new signal, but, If anything, he is emphasizing the no-imminent-tightening point a bit more."

Bernanke's testimony, which continues tomorrow before the Senate Banking Committee, comes at a pivotal time for the U.S. economy. The labor market is improving, adding an average of 202,000 jobs per month this year. The housing sector is recovering, with homes sales up around the country and a rebound in construction.

Yet growth in 2013 has been soft, hurt by weak export growth and manufacturing. Despite the stronger job market, the unemployment rate, now at 7.6 percent, remains much higher than normal. The sequester, the huge cuts in federal spending that took effect in March after Congress failed to reach a deal on fiscal policy last year, is also restraining economic activity.

Bernanke has cited fiscal drag repeatedly in his comments on the economy, and did so again today. "The risks remain that tight federal fiscal policy will restrain economic growth over the next few quarters by more than we currently expect or that the debate concerning other fiscal policy issues, such as the status of the debt ceiling, will evolve in a way that could hamper the recovery," he said.

Asked by Rep. Maxine Waters, D.-Calif., if federal spending cuts are damaging the economy, Bernake added that "we're focusing too much on the short run and not enough on the long run."

Wrote economist Ian Shepherdson of Pantheon Macroeconomics: "Mr. Bernanke's testimony offers no big surprises but has a lot to say about risks to the Fed's core view: Higher mortgage rates could slow housing, inflation could fall too far, fiscal policy could be a bigger drag than expected, and slow global growth could hold back the U.S. too."