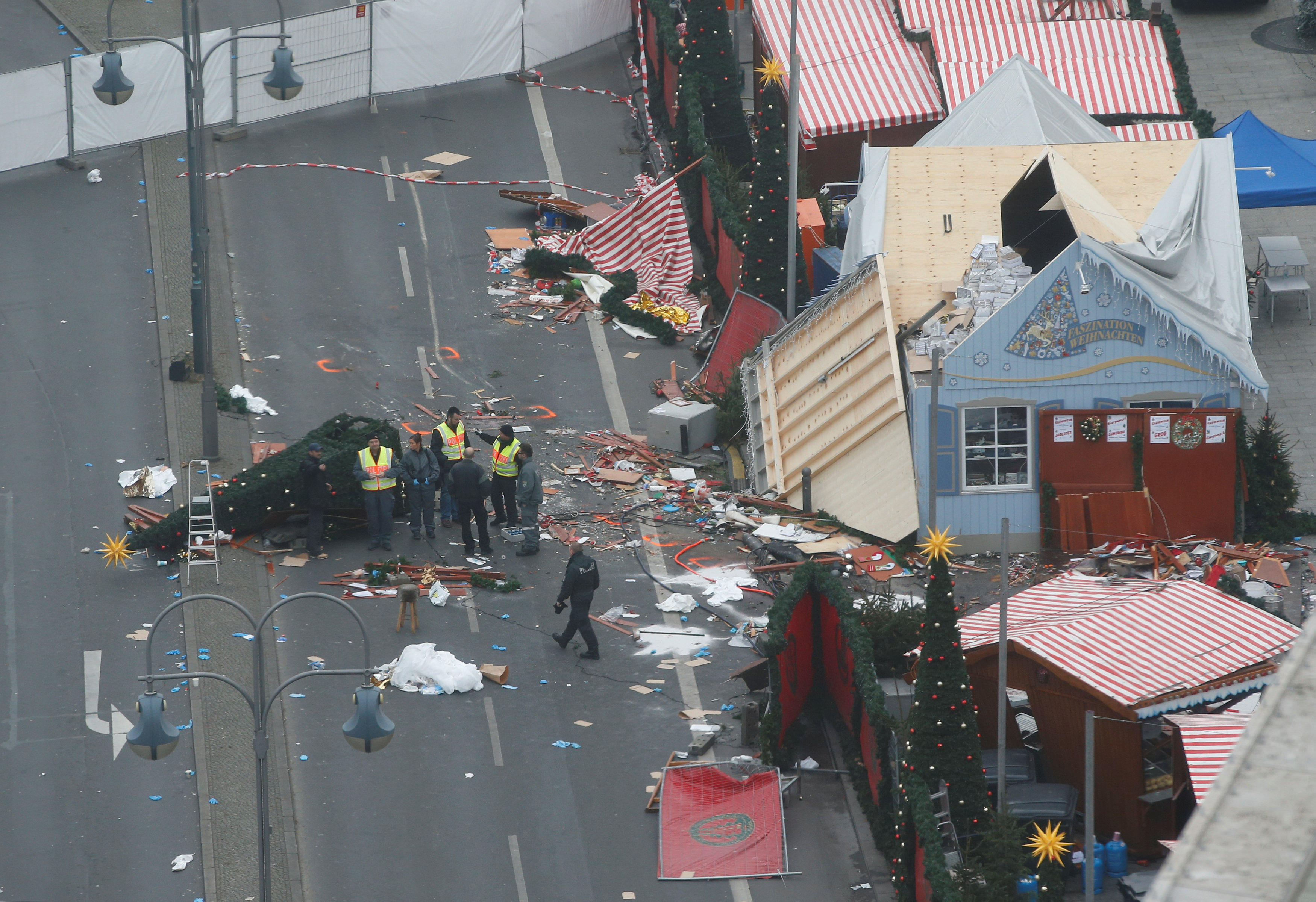 A new suspect in the deadly terror attack on a Christmas market in Berlin has been identified.

Law enforcement sources told CBS News that police are searching for Anis Amri, a native of Tunisia. The sources said Amri left personal documents in the truck that rammed into the market on Monday, killing 12 people and injuring nearly 50 others. German media outlets have identified the Tunisian man as an asylum seeker who was registered in the North Rhine-Westphalia in Western Germany.

In what appears to be the first big break since this investigation began, law enforcement sources said they found the suspect’s ID and asylum papers under the driver’s sea. Amri, believed to be 23 or 24 years old, was known to police. The suspect is probably armed, obviously dangerous, and the hunt is on to find him, reports CBS News correspondent Charlie D’Agata.

The killer remains on the loose, and it’s unclear how close German police are to catching the suspect or any accomplices.  They’ve asked the public for help and said they have received 500 tips.

The hunt for the killer -- or killers -- took on an added urgency after ISIS claimed responsibility.

We are learning more about the first victim of the attack -- Lukasz Urban, the 37-year-old Polish truck driver who was found dead in the cab of the truck by investigators. He had been shot and stabbed.

Ariel Zuwarski owns the trucking company Urban worked for. He said Urban drove a consignment of steel and arrived in Berlin at 7 a.m. on Monday. He was photographed in a diner at 2 p.m. That’s the last known image of Urban alive.

Urban called his wife at 3 p.m. But by 4 o’clock, he was no longer answering his phone.

The truck was fitted with a GPS tracking device. By 3:45 p.m. there were indications that Urban was no longer in control of the truck; it was being driven as if the person inside was “learning to drive.”

At 4:52 p.m. the engine was left running for 45 minutes, but the truck did not move. At 7:40 p.m. it started its journey to the Christmas Market, travelling just over six miles.

Then, the truck and its Polish driver were simply discarded, after the killer somehow managed to melt away into the chaos.

The question may be why it has taken two days for the details to come out. There are two ways-- try for the arrest or you release his ID in the hope that someone in the public gives him up.