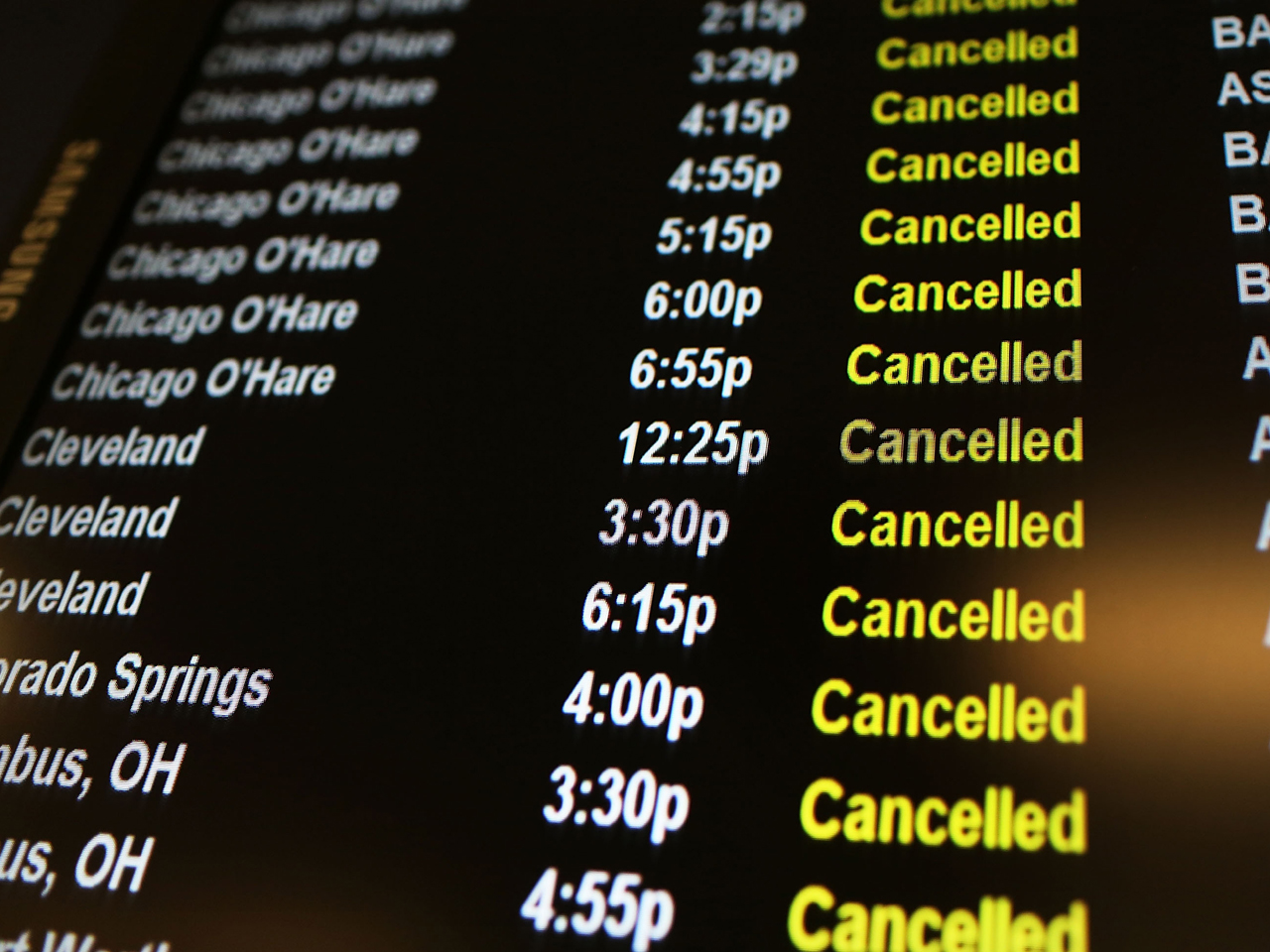 So you have a flight coming up that you're unsure about. The airport can be a mess, and the airline has a bad habit of losing your luggage.

Warren Buffett is there to help.

Buffett's Berkshire Hathaway (BRK.A) has started offering travel insurance that costs $25 per trip and will pay up when things go wrong with your flight.

The coverage, under the AirCare brand name, pays $1,000 when a tarmac delay stretches past two hours, $500 if your luggage is delayed more than 12 hours, $1,000 if your luggage is lost or stolen and $500 if a flight delay keeps you from catching a connecting flight. If your flight is delayed more than two hours -- a more common scenario -- you'll get $50.

These travel hiccups are becoming serious pain points for passengers, especially over this past winter as storms covered much of America. Nearly 90,000 flights in the U.S. have been canceled in the last six months, the company said, citing data from FlightAware. Berkshire says this kind of coverage has never been offered before. It's the first travel coverage available under the company's new specialty insurance unit.

Why would a global conglomerate like Berkshire dabble in small-potatoes flight insurance? Peter Eastwood, the president of Berkshire's specialty insurance arm, says he thinks there is long-term profitability in the market. AirCare is available online for individual purchase, but Berkshire will likely see more revenue potential as it develops partnerships with travel agents, tour operators and other travel suppliers.

If the company can form enough partnerships, AirCare could soon become an option on travel sites such as Expedia (EXPE) and TripAdvisor (TRIP), and perhaps even on each airline's own reservation site. "It's a real game-changer in the marketplace, and the timing couldn't be better," said John Noel, the president of Berkshire's new travel protection unit.

Noel told the Travel Weekly site that AirCare is not actually insurance because no claims need to be filed. Instead, the company keeps track of flight delays on its own, and will automatically wire money to customers' bank accounts when things go wrong. There are some conditions. For example, you have to buy AirCare at least an hour before your flight departs.

So is AirCare worth it? Travel website Wandering Aramean doesn't think so. "It is a sucker bet," wrote Seth Miller on the site Thursday. There is just a tiny chance you'll be stuck on the tarmac for more than two hours, he added. In March of this year, for example, there were 160 flights that clocked two hours on the tarmac out of nearly 504,000 tracked by the Department of Transportation. That's fewer than one out of every 3,000 domestic flights, Miller wrote.

"You've got a better change of winning big by picking up a stack of green chips next time you're at the casino -- one for each trip you plan to insure with AirCare -- and placing them on individual numbers on the roulette wheel," Miller added. "The payout is about the same and the odds are much, much better."

Some Twitter users also picked up on the gambling vibe. AirCare "is kinda like gambling, based on the fine print," wrote one user. "Not that betting against Warren Buffett is a good idea." Another user was happy with the odds, though. "This gamble's a sure bet," she wrote. Another user said he was "definitely buying that whenever I fly in or out of Newark."

Berkshire's travel protection unit has heard the gambling analogy before, said Brad Rutta, director of marketing for the division. "We view this as an opportunity to compensate a traveler facing unforeseen inconveniences," he said in an email to CBS MoneyWatch. "We simply look at this as a way to help people continue moving on their trips. The monetary compensation is designed for travelers to cover additional expenses that may arise."

AirCare isn't saying exactly how sales have gone since Berkshire debuted the service this month, but Rutta described a "great response" and said sales are growing with each day.