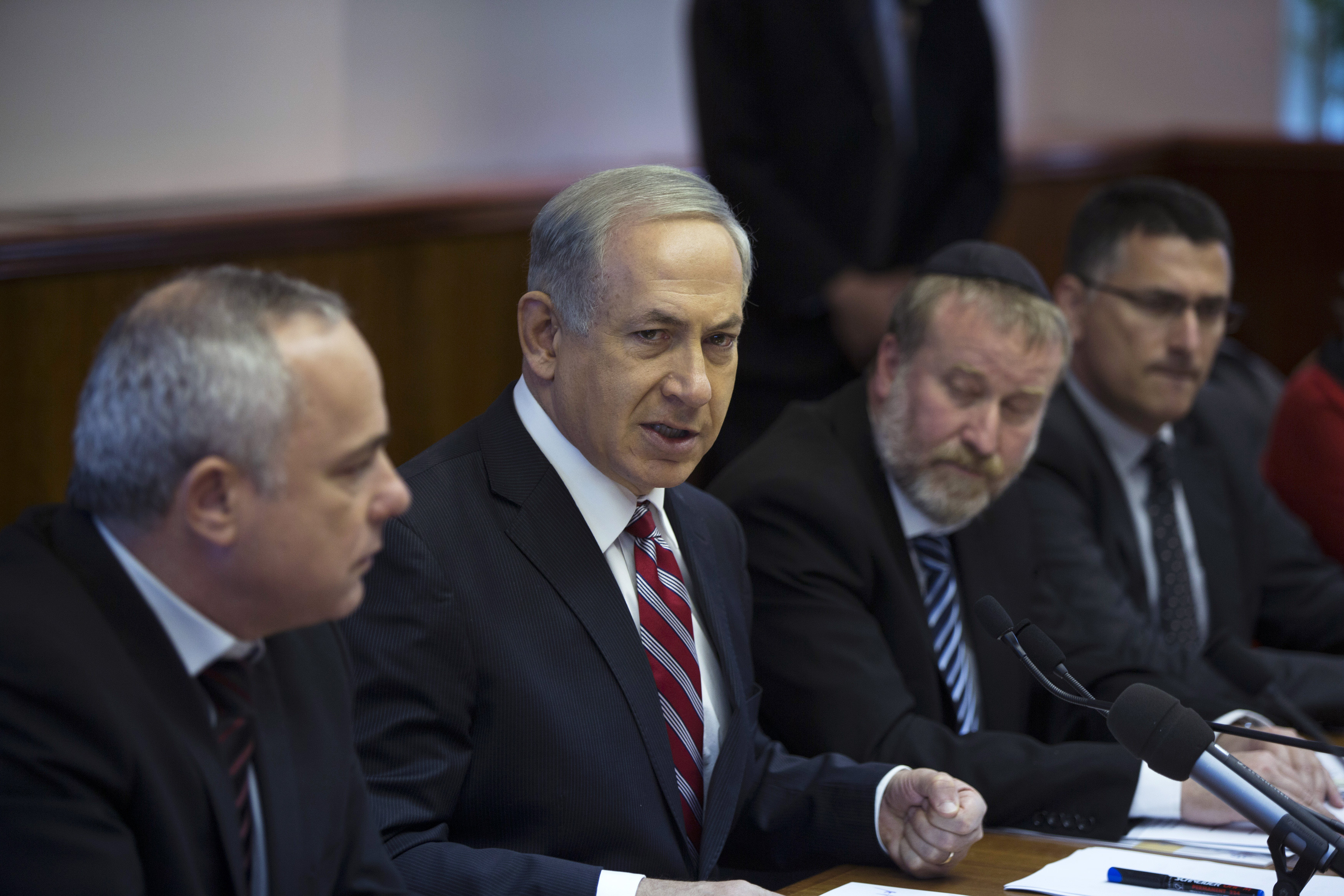 The harshly worded statement follows a flurry of back-and-forth condemnations sparked by an Associated Press report that Netanyahu believes all Jewish settlers should have the right to remain in their homes in a future Palestine.

Israelis and Palestinians are currently engaged in peace talks that have showed no signs of progress.

In years of negotiations, it has been assumed that any Jewish settlers not inside Israeli territory under a future peace deal would have to leave or be forcibly removed. But a government official told the AP on Sunday that Netanyahu believes there is no reason a future Palestinian state should be "ethnically cleansed."

The idea was immediately rejected by the Palestinians and the settlers themselves. It also set off a series of angry rebukes from Netanyahu's coalition partners - and even within his own ruling Likud Party.

In the harshest criticism, Cabinet Minister Naftali Bennett, head of the pro-settler Jewish Home Party, called on Netanyahu to disavow the concept, which he called "ethical insanity."

"Whoever imagines that Jews in the land of Israel can live under Palestinian rule undermines our living in Tel Aviv," he said.

The prime minister's office lambasted the critics, saying they were undermining an effort to expose the Palestinians' true intentions.

"Nothing shows the Palestinian Authority's unwillingness to reach an accord with Israel than their extreme and reckless reaction to an unofficial report," the office said in a statement. "An accord will only be reached when the Palestinians recognized the Jewish state and when the essential interests to the security of Israeli citizens are guaranteed."

The Palestinians consider settlements built beyond Israel's 1967 borders to be illegal land grabs. They rejected the idea of incorporating them into a future state and accused Israel of floating the idea to scuttle talks.

More than 500,000 settlers live in the West Bank and east Jerusalem, territories that Israel captured in the 1967 war and which the Palestinians now hope will be part of their future state. East Jerusalem and the West Bank, known to religious Jews as Judea and Samaria, are parts of the biblical land of Israel. Hard-line Israelis object to ceding either area on both spiritual and security grounds.

Netanyahu already has said he wants to retain major settlement "blocs," home to the vast majority of settlers, as part of any deal. The Palestinians have signaled they would give up their claims to the lands where the blocs are located under a land swap giving them additional territory from what is now inside Israel.

But experts believe roughly 100,000 settlers live outside of these blocs, and their fate under any final peace deal is unclear. Many of these settlers likely would evacuate their homes in return for fair compensation. Others, however, are deeply ideological and would resist any forcible eviction.

Three deputy ministers from Likud criticized the comments Sunday by the official in Netanyahu's office. The Times of Israel website first reported on similar comments by an official in the prime minister's office Sunday.

The settlers and their allies in parliament oppose a Palestinian state and generally prefer to stay under Israeli rule, though some have said that staying in their homes trumps any political arrangement.