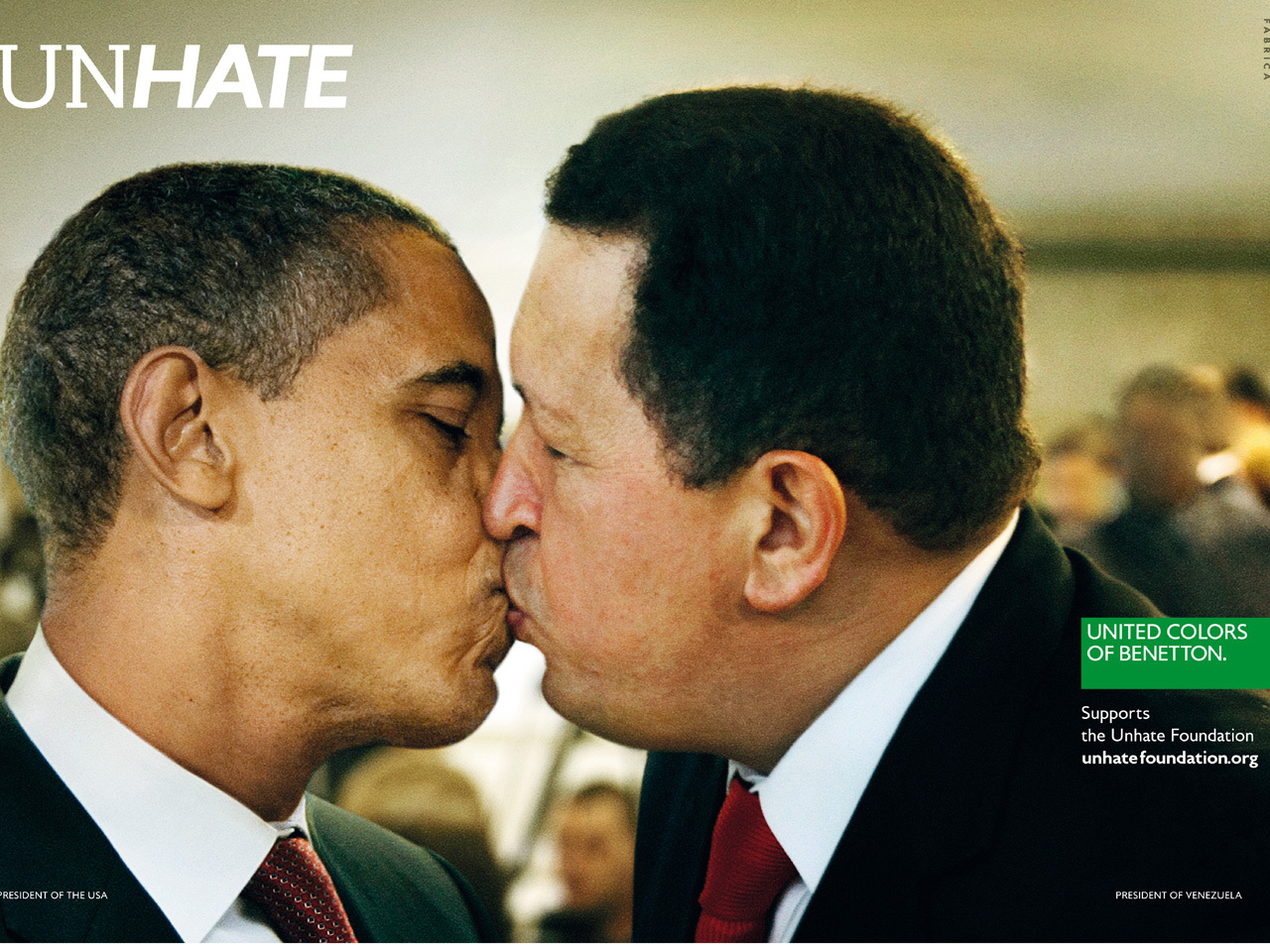 (CBS) Benetton is making headlines over the release of a series of controversial ads this week. As part of its new Unhate campaign, the United Colors of Benetton Italian clothing company revealed digitally manipulated images of world leaders kissing on the lips.

Benetton is in hot water over the campaign and has already pulled an ad featuring a manipulated photo of Pope Benedict XVI kissing a top Egyptian imam.

The Vatican launched a protest against the image and threatened to take legal action against the brand, saying in a statement Thursday that the image is "offensive not only to the dignity of the pope and the Catholic Church, but also to the sensibilities of believers," reports the Associated Press.

According to the BBC, Benetton responded to the criticism, noting, "We are sorry that the use of an image of the pontiff and the imam should have offended the sensibilities of the faithful in this way."

Benetton said the purpose of the ad campaign "was solely to battle the culture of hate in all its forms."

In the past, the clothing brand has published controversial ads that featured images of death row inmates, a nun kissing a priest and a man dying of AIDS

Tell us: Do you think the Benetton ads are offensive?