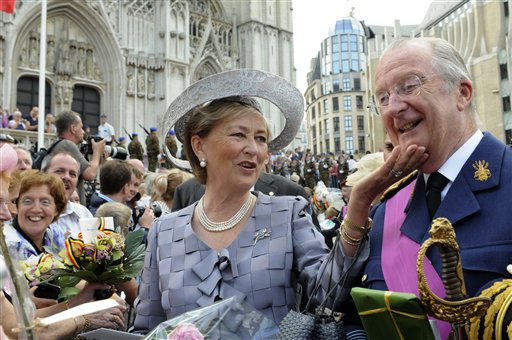 The Belgian royal family led the rest of the kingdom in celebrating Belgium' 180th anniversary in National Day festivities Wednesday in Brussels.

Following a long-standing tradition, the royals gathered for a Te Deum Mass at St. Michel et Gudule , followed by a walkabout among citizens and a military parade in front of the palace.

Also on hand was Quen Fabiola, the king's sister-in-law and the wife of the late King Baudouin I. As happened last year, the queen received death threats Last year, she mocked them by brandishing an apple at the celebration in reference to threats that she would be killed by a crossbow. This year, she took no note of them.