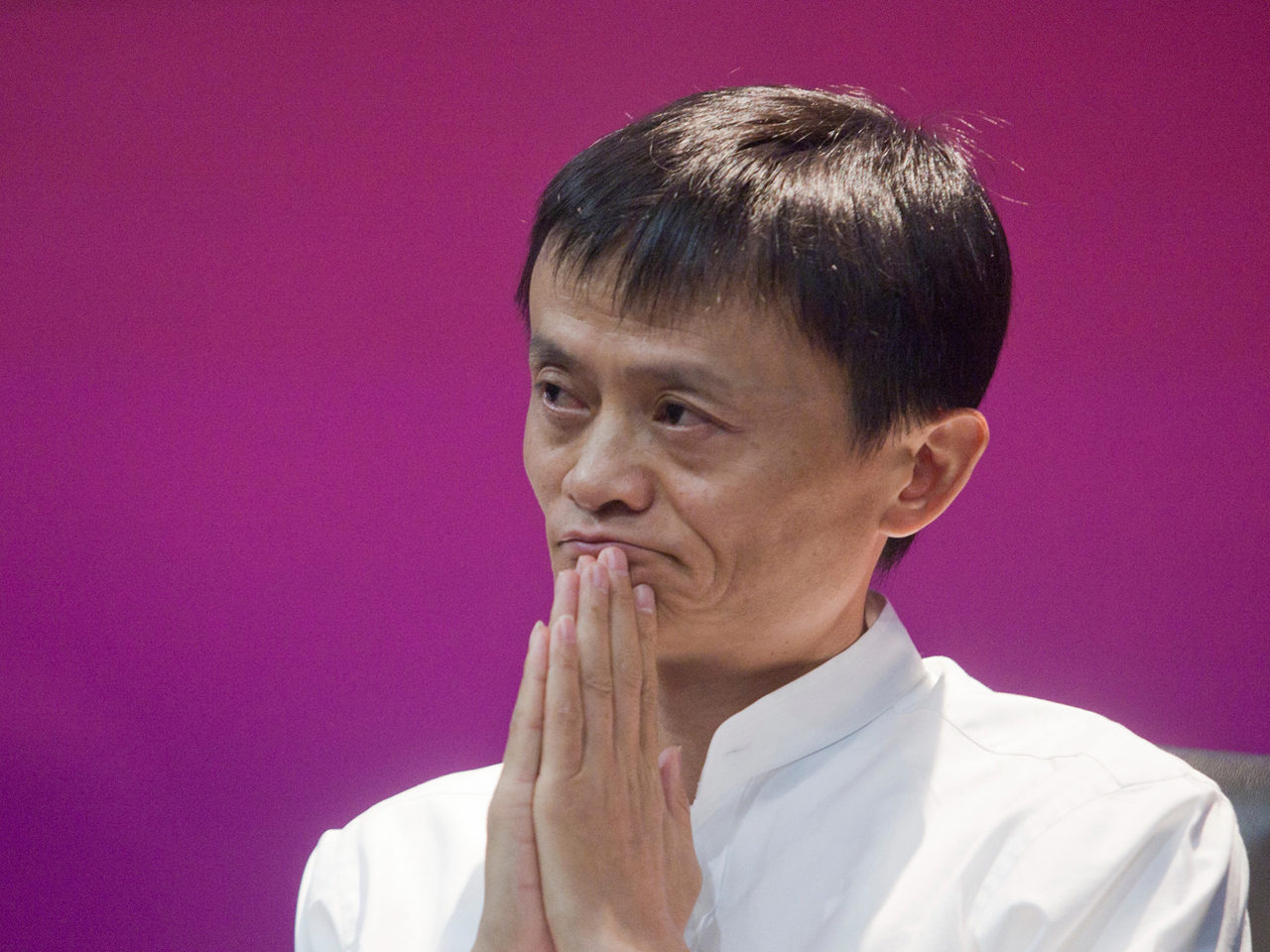 Ma, a former English teacher who flunked his college entrance exam twice, founded Alibaba in his apartment in 1999 with 17 friends and $60,000 they had raised. Charismatic by the gray standards of Chinese CEOs, the impish Ma has cult status in China, where he's seen as the equivalent of Steve Jobs, Jeff Bezos or Bill Gates.

In a country where state-owned enterprises dominate business and many owe their wealth to Communist Party ties, Ma stands out for his huge self-made success. Alibaba, which started as a site to link Chinese manufacturers with buyers overseas, became under Ma an e-commerce behemoth that is now expanding into banking, digital maps and online video.

The paperwork for Alibaba's initial public offering says it will raise at least $1 billion from the U.S. listing, but finance professionals believe that is a conservative notional figure to get the IPO process rolling. Estimates for the amount that could be raised have ranged from $10 billion to $20 billion. The price at which shares are sold might give Alibaba a market valuation of $200 billion, which is greater than Facebook.

Ma, who owns 8.9 percent of the company, is likely to become even wealthier following the IPO. He's already worth $8.4 billion, making him China's fifth-richest person, according to Forbes.

Ma, 49, stepped down as CEO last year, saying in a letter to employees that he's "no longer young for the Internet business." He remains chairman and an important figurehead for the company's 21,000 employees, though he's now focusing on philanthropy and recently established a charitable trust potentially worth billions.

"It would be hard to find a private citizen in China who's had such a big impact on the economy," said Porter Erisman, maker of a documentary about Alibaba and the company's former vice president of marketing. "I look at him as the pied piper of entrepreneurs in China. He created this platform, he pushed China online."

Ma is known as an enthralling speaker with a penchant for puns and slogans who enjoys performing at annual company meetings called Alifests. To mark the company's 10th anniversary in 2009, some 16,000 staff gathered in a stadium at Alibaba's Hangzhou home base were treated to a performance by Ma dressed as a punk rocker.

The entrepreneur may have inherited his knack for showmanship from his parents, who were performers of pingtan, a traditional form of storytelling and balladry that was banned during the violent upheaval of the Cultural Revolution.

As a boy, he was terrible at math but better at English and improved it by volunteering as tour guide in Hangzhou, a picturesque city near Shanghai. He earned an English degree from Hangzhou Teachers' Institute after passing the college exam on the third try. He taught at a local college, then set up his own translation company but moonlighted as a street peddler, hawking flowers, books, flashlights and clothes, to balance the books.

Ma first encountered the Internet in 1995. After word got around about his English proficiency, he was asked to help sort out a road construction project that was going sour over unpaid debts by meeting the American joint venture partner in California. Ma soon realized he had no intention of paying up. To stop Ma from leaving, the American locked him in his Malibu mansion for several days and, by some accounts, flashed a gun.

"It was really like a classic American-style Hollywood film. I was taken hostage by a kind of Mafia, so that I just left my suitcase behind," Ma said, recounting his escape to Liu Shiying and Martha Avery, authors of the 2009 book "Alibaba."

Ma persuaded the American to let him go by telling him they could work together on a project involving the Internet, which he had heard about vaguely. Instead of heading home, he flew to Seattle, where he met some contacts who showed him the World Wide Web. A search for beer turned up results on American, German and Japanese varieties but no Chinese beer. Ma was intrigued and the potential for an Internet company devoted to things Chinese dawned on him.

The seeds for Alibaba were planted with China Pages, which Ma founded in 1995 with $2,400 scraped together from relatives. It created websites for local businesses, starting with his translation firm. He partnered with a state-owned enterprise but the venture stumbled after a falling out.

He worked briefly at an e-commerce venture in Beijing backed by the Ministry of Foreign Trade and Economic Cooperation but left because of the lack of dynamism. He went back to Hangzhou to set up Alibaba, a business-to-business website that linked China's countless exporters with buyers around the world. He picked the company's name because of the universal appeal of the Arabian Nights story and associated catchphrase "Open Sesame."

The company launched retail website Taobao in 2003 to compete with eBay in China. Ma was unfazed about going up against the U.S. giant, famously saying, "Ebay is a shark in the ocean. We are a crocodile in the Yangtze River. If we fight in the ocean, we will lose. But if we fight in the river, we will win." Ebay shuttered its China site in 2006, a major victory for Ma.

Taobao's first items for sale came from Ma and the company's seven original employees, who each tried to find four things to sell.

"For the first 3 days, nobody came to buy so we had to buy it ourselves," Ma told a Hong Kong investment conference last year. "A week later somebody came to sell. Everything they sold, we bought it. We had a whole room of garbage."