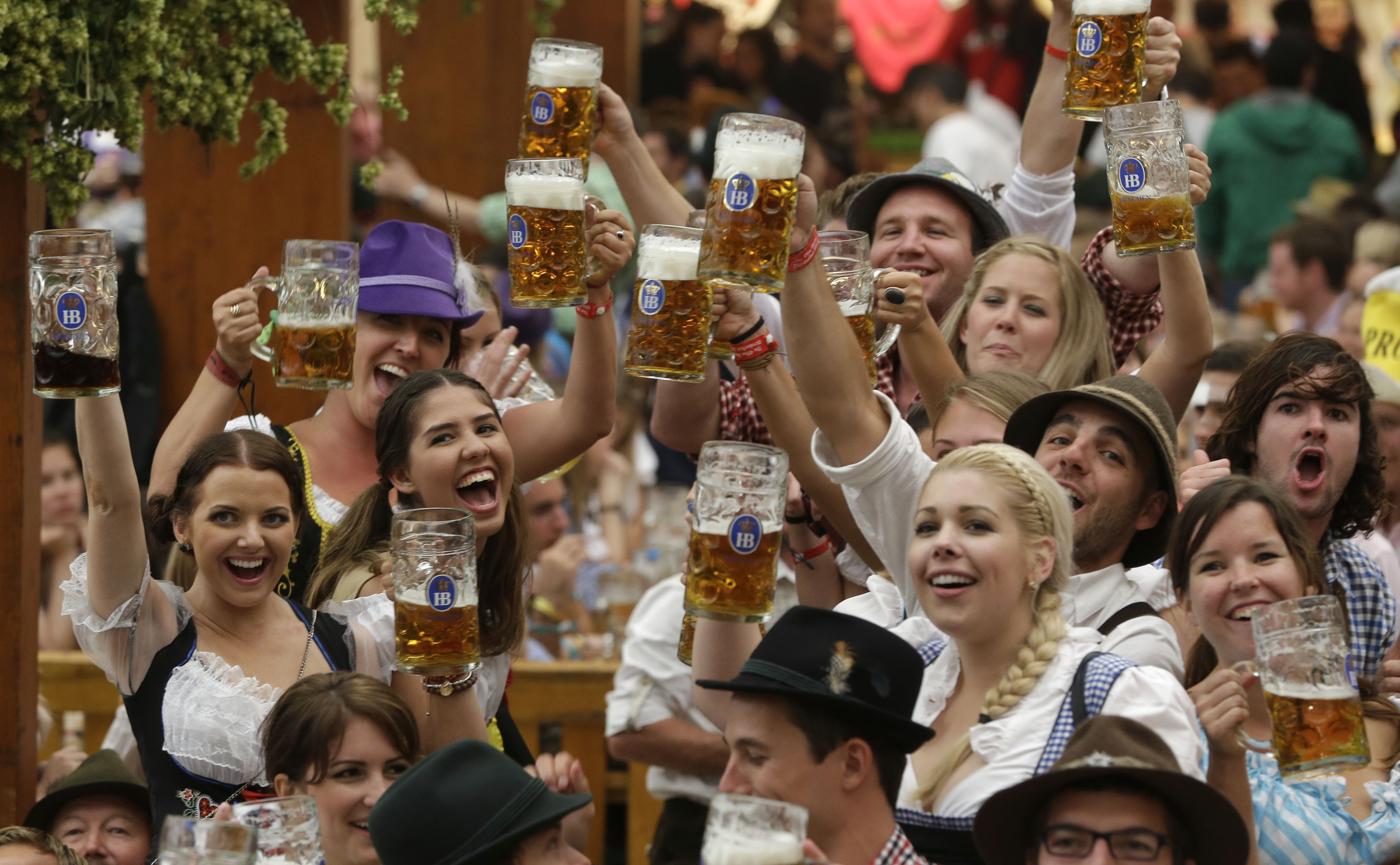 (AP) BERLIN - The world's largest beer festival opened Saturday in Germany as Munich's mayor tapped the first keg to kick off the 16-day Oktoberfest, known for its oompah music and traditional costumes.

With only two blows of his hammer and a cry of "O'zapft is" — "It's Tapped" — Mayor Christian Ude inserted the tap into the first keg, opening the 179th Oktoberfest to the cheering of thousands who were waiting to be served their first beer.

More than 6 million guests from around the world are expected to descend on the beer tents of Munich to celebrate the 16-day Oktoberfest extravaganza.

Last year's visitors consumed almost 8 million two-pint (one-liter) mugs of beer. This year a mug, called "Mass" in German, of the malty pale beer made exclusively by Munich's breweries sells at up to euro9.50 ($12.30).

The Oktoberfest started with a wedding party: Just over 200 years ago, Bavarian Crown Prince Ludwig celebrated his royal nuptials with a big public bash that was such a hit it became an annual event. Nowadays, it is now known worldwide for its towering mugs of beer, oompah music, men wearing traditional Bavarian Lederhosen leather shorts and women in bright costumes.

While the core of the Oktoberfest remains the same, with Dirndl-clad waitresses delivering steins, its flavor has evolved over the years. A local festival with small beer gardens has mushroomed into a major international event featuring about a dozen cavernous beer tents, some seating about 10,000 singing, inebriated revelers at a time.

Last year, the Oktoberfest guests ate around 500,000 chickens, 120 oxen and an unknown number of large doughy pretzels at the festival.

The fairgrounds of the "Wiesn," as Oktoberfest is locally known, are spread out over about 75 acres and can accommodate hundreds of thousands of people at a time, and German authorities keep security tight, although, they say, no concrete threat exists.

"I want it to be a peaceful Wiesn, and that the weather improves," Ude said.

Many tents were already full at midday, German news agency dapd reported, but rain ensured that there was still enough space in the outdoor beer gardens.