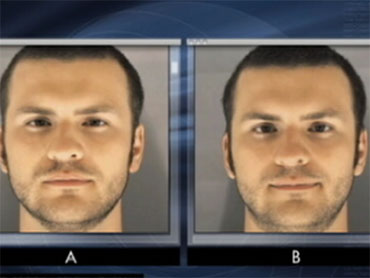 It's not just an old wives' tale: A new study says that sleep really can make you appear more attractive and healthy.

The study, led by John Axelsson from the Karolinska Institutet in Sweden, investigated the relationship between sleep and perceptions of attractiveness and health.

On "The Early Show" Wednesday, CBS News Medical Correspondent Dr. Jennifer Ashton explained this is the first scientific evidence that beauty sleep, in fact, does make a big difference on your looks. The study looked at 23 participants between the ages of 18 to 31. They were photographed between 2 p.m. and 3 p.m. on two occasions, once after normal sleep and once after being deprived of sleep. Smokers were excluded from the research and no alcohol was allowed for two days prior to the experiment.

Researchers found when subjects were sleep-deprived, they appeared less healthy and attractive to other observers' eyes.

Ashton said, according to this study, when a person was sleep-deprived, they appeared six percent less healthy and four percent less attractive.

Ashton said, "They found that just looking tired was strongly related to looking less healthy and attractive, which makes sense because when you see heavy bags under someone's eyes, you associate that with unhealthiness."

Selma Blair On 'Fog' And Love

Ashton showed "Early Show" co-anchor Harry Smith side-by-side photos of one of the participants with and without sleep and asked him to choose the photo with sleep.

Smith said, "Well, the guy who is smiling must have gotten the most sleep, but also may have been what he did overnight."

Ashton said, "Right. You are correct. The person on the right, B, got more sleep. But, what this really speaks to is that the amount of sleep you get can change how you feel internally but possibly, also, can manifest externally."

But what does lack of sleep do to your appearance?

Ashton said, "A lot of things. For some people they might see bags under their eyes, maybe a little more dehydrated, a little more irritable and not smile as much. It can be all of those things. I can tell you, when you I'm up all night delivering a baby, I'm not looking so hot the next day."

Smith pointed out that the lack of sleep could also affect your inner beauty.

Ashton said, "This is hugely important, actually. What it does on the inside of our body when we don't get sufficient sleep, from head to toe, it affects our mood, the way our brain processes new information on a cellular level can cause increase in inflammation, which can lead to cardiovascular disease. We've heard also people with are more prone to obesity and insulin resistance."

So how can you get more sleep?