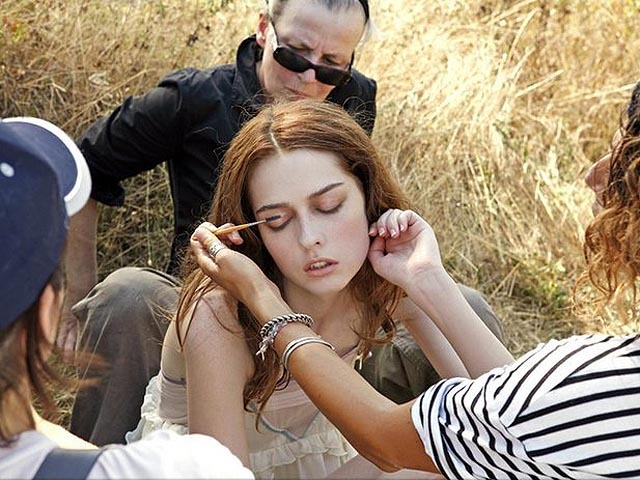 If you are attractive, you are more likely to be happy in life, according to a study by the University of Texas at Austin.

Daniel Hamermesh, professor of economics at the University of Texas at Austin, said, "The results are very simple: Better looking people are happier. It's true in a bunch of countries. It's true in both men and women."

"Early Show" Contributor Taryn Winter Brill reported the research found the most attractive people are about 10 percent happier than those deemed the least attractive.

Hamermesh said money is a large factor in the results.

"Part of the reason we find that beauty raises people's happiness is the fact that it also makes them earn more," he said.

But Average Joe and Plain Jane need not despair - it's not exactly that simple, Brill said.

Radio personality and psychology expert Cooper Lawrence, said, "Beauty only serves you to maybe get in the door but your talent, your personality, the essence of who you are is what gets you to the next level."

However, the study does throw much of the conventional wisdom about "what's inside is important" on its head, psychologist and "Early Show" Contributor Dr. Jennifer Hartstein said.

"(The study is saying) that the more attractive you are, the more opportunities you have," she said. "So the question becomes, is it that you have more doors opened to you? Which is then will make you happier and more fulfilled and having better options in your life. So the fact is we do base our first opinion on how someone looks."

Physical beauty, as well as height, can affect a person's paycheck and resulting happiness, Hartstein said.

Research has found that if you are taller, you get a larger paycheck, up to $800 more than someone who is not as tall," Hartstein said.

"Exactly," Hartstein said. "Thank goodness for platform heels for me."

What about hair color?

"Blondes do have more fun," Hartstein told Hill. "Sadly for you as a brunette and me as a redhead, research has shown that blondes just do have more fun. ... They make more money, they're deemed as more attractive."

Tone of voice also is a factor in having an advantage.

"The lower your voice the more advantage you may have," Hartstein said. "They have found this is especially true in dating that the lower your vocal tone the more attractive you are to someone, and the more arousal might occur between the couple."

Hill remarked, "There are other factors at play here when it comes to external beauty and unfortunately, women, once again, kind of getting the short end of the stick here, because we are judged more than men on our appearance."

"And we judge ourselves more than men on our appearance," Hartstein said. "Men are able to not only look at their appearance, but look externally to find happiness. Women, and this is supported by the media, unfortunately, really do look to the external world what they should look like and internally they really take it to heart and if they don't meet the media ideal, they're just not good enough. That's going to affect how they feel."

But what about what's inside - your personality, your brain? Does that count for something in making you more attractive?

"Once you get in the door, absolutely," Harstein said. "But that first impression, we can't minimize how important that is. So they go together. But, you know, smart and beautiful is going to get you farther."

So how can you project beauty - even if you don't have it?

"Play up your positives," Hartstein advised. "If you have a great personality, play that up. If you are slightly overweight don't do things like wear big, baggy clothing. Wear makeup, look good, feel good in your own skin. ... You really want to think about how you're going to surround yourself with happy people. That's super important. And you also want to figure out how to just accept things as they are. Sometimes that's the best you can do. And that will make you happy and you won't feel like you're missing something."