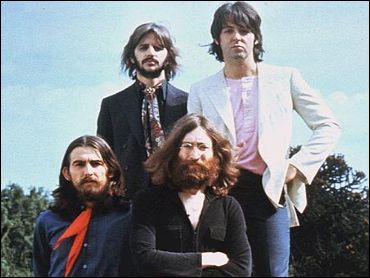 A new version of The Beatles' album "Let It Be" will be released in November, the group's company Apple Corps announced Thursday.

"This is the noise we made in the studio," McCartney said of the new version. "It's exactly as it was in the room. You're right there now."

"Let It Be...Naked" mostly keeps the same track listing as the original album, which featured songs Let It Be, The Long and Winding Road, Get Back and Across the Universe.

Background dialogue, Dig It and Maggie Mae have been taken off the album, and Don't Let Me Down has been added, Apple Corps said.

Most of "Let It Be" was recorded in 1969 for an album which was to have been called "Get Back," showing The Beatles returning to their roots as a four-piece rock-and-roll band. But the group was splitting up and the album was abandoned.

Spector was later brought in to convert hundreds of hours of tape into an album, renamed "Let It Be."

Ringo Starr told Rolling Stone magazine earlier this year: "Paul was always totally opposed to Phil. I told him on the phone (recently), 'You're bloody right again. It sounds great without Phil.' Which it does."

"Let It Be...Naked" is to be released by EMI Records on November 17.