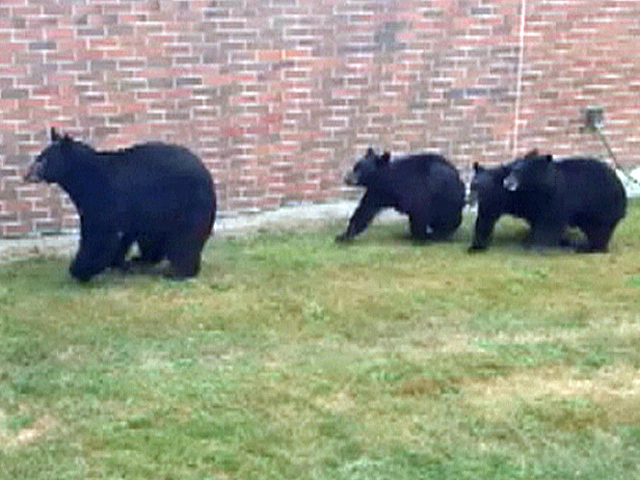 ISSAQUAH, Wash. A family of black bears out for a morning stroll ambled through the campus of a suburban Seattle school, prompting school officials to initiate a lock down, Seattle station KIRO-TV reported.

The adult bear and her three cubs were spotted scampering between the main building and a portable classroom at Issaquah Valley Elementary Wednesday morning.

Steven Boynton, who teaches fourth grade, said his students "were excited, but nobody was scared."

"It was safe," he said, adding that he got back to teaching after the family passed through. "We still learned something today."

The school returned to its normal activities after Fish and Wildlife officials determined the bears had left the area.

A state wildlife official told KIRO-TV that black bear sightings are common in the Issaquah area, adding that fruit trees, open garbage cans and a nearby creek filled with salmon attract the animals.

Teachers at the school said they would try to incorporate the excitement of the bear sighting into their lessons.