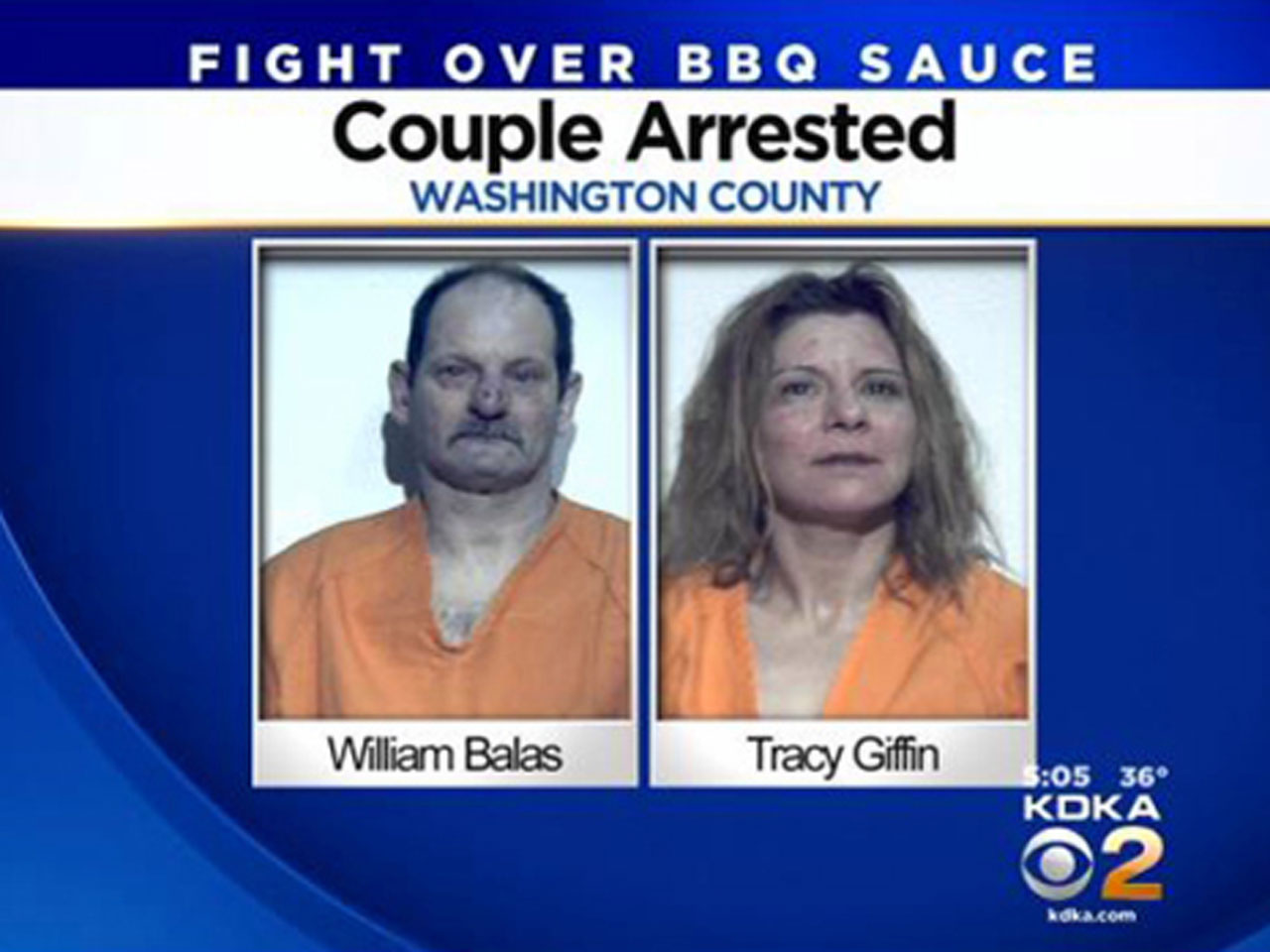 WASHINGTON, Pa. - A Washington County, Pa. couple was jailed after police say they fought with each other on Christmas Eve after the woman forgot to bring home barbecue sauce from the store.

State police from Belle Vernon said 42-year-old Tracy Giffin bit her boyfriend, 56-year-old William Balas, on the hand and nose and that he struck her in the eye during the fight. Troopers said both were injured by the time they arrived at the couple's Denbo home about 11 p.m. Tuesday.

The couple was arraigned early Christmas morning on charges of simple assault and harassment.

Online court records show they're scheduled for a preliminary hearing Jan. 7. Those records don't list defense attorneys for the couple, who both remained in the Washington County Jail on Thursday.