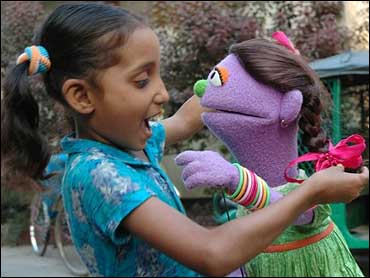 In the opening matchup of what many people predict will be a World Series preview, Tim Raines hit a two-run double in the seventh inning that rallied New York past the Atlanta Braves 6-4 Monday night.

A crowd of 53,316 saw the Yankees come back three times in a meeting of the teams that began the day with the two best records in baseball. They play again Tuesday night at Yankee Stadium, and move the next two days to Turner Field.

Maddux, trying to become the first 11-game winner in the majors, was pulled after six innings and only 87 pitches. He left with a 4-3 lead and, it was revealed later, a sore neck that almost forced the Braves to start Kevin Millwood instead.

"I just slept on it bad last night," Maddux said. "I was aware of it every pitch. It's why I came out. I said, `Enough's enough."'

"Obviously, I wasn't as comfortable as I'd like to be. But that's not why I gave up the hits and runs. Really, they're smart hitters. They made nice adjustments."

Martinez (2-4) took over for Maddux and wound up losing his 13th straight decision to the Yankees. He fell to 2-19 lifetime against New York, and remained winless at Yankee Stadium since 1977.

The Yankees struck for three runs in the seventh against three relievers. Raines' two-out double off Martinez, his former teammate in Montreal, put New York ahead 5-4.

"I was lucky to get something out over the plate," Raines said. "I think they tried to pitch me away. I got a pitch to hit."

Managers Joe Torre and Bobby Cox both made plenty of moves in the interleague game, much like they did in the 1996 World Series when the Yankees beat Atlanta. Cox was not around to see Raines' deciding double, having been ejected earlier in the seventh while arguing a foul ball call.

And it was determined much like a couple of key games in the '96 Series it came down to the bullpens, and New York's relievers were better than the Braves' bunch.

Maddux left with a chance at his ninth consecutive victory and his 100th career win for the Braves. But Martinez put himself in immediate danger by walking Chuck Knoblauch to start the seventh.

Cox was then tossed for disputing a bunt that third base umpire Mike Reilly as replays showed correctly called foul for hitting Derek Jeter in the batter's box.

"It really had nothing to do with the game," sid Cox, also ejected from Game 6 of the 1996 World Series.

After Jeter flied out, Paul O'Neill walked and Tino Martinez popped up.

Raines hit a liner over center fielder Andruw Jones' head for his second double of the game and Chad Curtis added an RBI single off Mike Cather.

Jeff Nelson (5-3) was the winner and Mariano Rivera pitched the ninth for his 17th save.

Gerald Williams hit a two-run double off Raines' glove in left field for a 2-0 lead in the third. The Yankees tied it in the bottom half on two-out, RBI singles by O'Neill and Martinez.

Javy Lopez hit an RBI single in the Atlanta sixth. Raines' double and Darryl Strawberry's single made it 3-all in the bottom half.

Chipper Jones gave Atlanta another lead at 4-3 with an RBI single in the seventh that finished Pettitte.

Notes: Braves shortstop Walt Weiss was home in Atlanta with his ill 3-year-old son. The team hopes to have him available Wednesday. ... Yankees reliever Mike Stanton, through the players' union, has asked for a postponement of his appeal hearing. Suspended for five games for hitting Eric Davis with a pitch last week, Stanton was to meet with AL president Gene Budig on Tuesday. ... Atlanta won two of three interleague games at Yankee Stadium last season. A total of seven runs scored in that series. Maddux pitched a three-hit shutout for Atlanta. ... The Yankees improved to 6-1 in interleague play this season. They were 5-10 last year. ... The Yankees won a day after losing 11-0 at Cleveland, their worst shutout loss since a 12-0 defeat at California on Aug. 27, 1988.