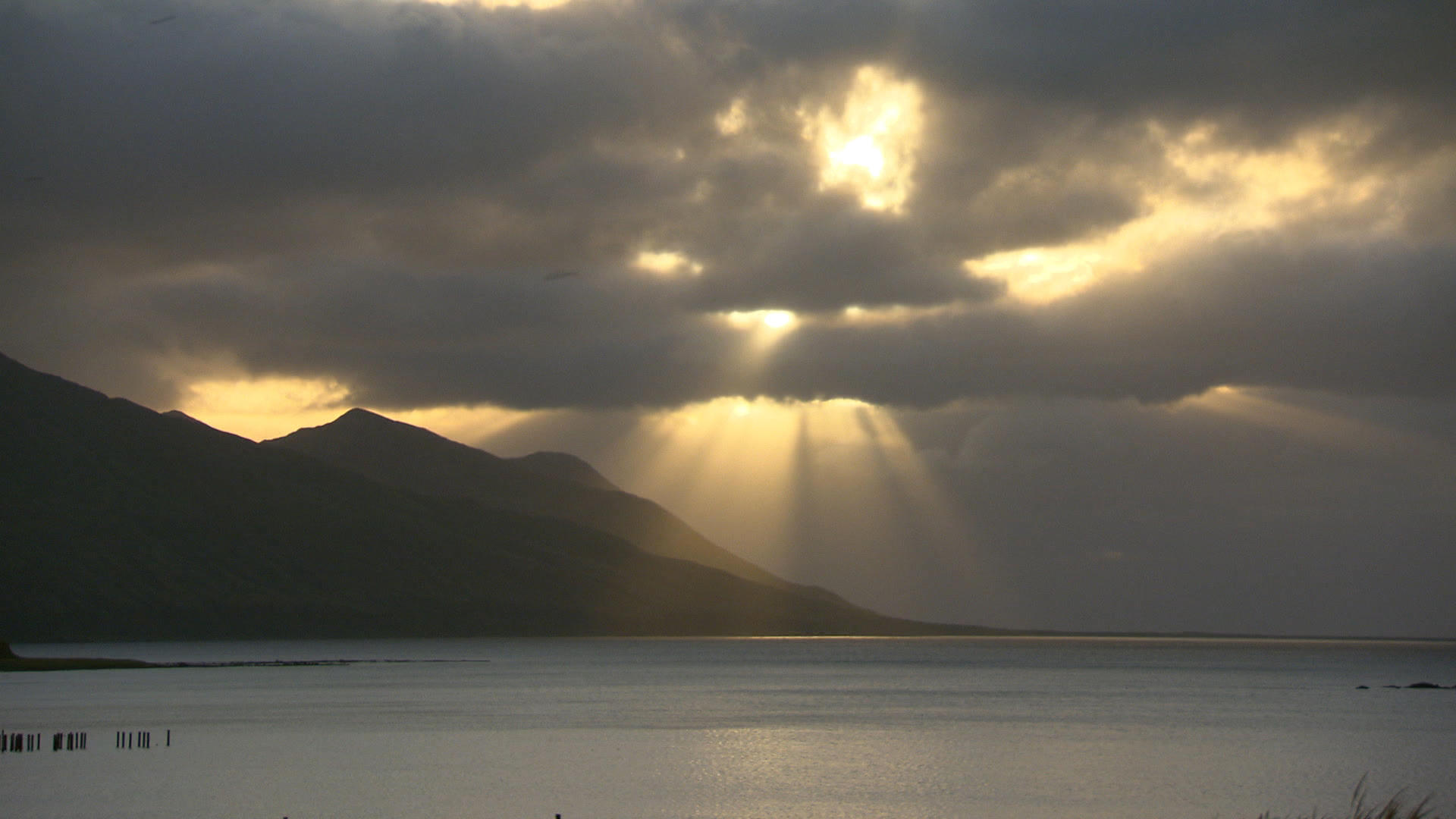 The site of the only ground campaign waged in North America during World War II, the remote Alaskan island of Attu is the western most point of the United States. Its barren landscape is challenging. Its hostile weather was as much of an enemy to American troops as was the Japanese Imperial Army. The Battle of Attu was one of the most brutal of the entire war—and filming there came with its own set of challenges.

To begin with, when 60 Minutes producer Draggan Mihailovich left New York City to film on Attu for the broadcast this week, there was no guarantee he and his crew would actually get there.

The crew first had to get to Anchorage, where they found an aviation company that agreed to fly a four-seater plane to the uninhabited island. Along with a pilot, that left enough room for Mihailovich, cameraman Chris Everson, and author Mark Obmascik, who wrote a book about the Battle of Attu, which is published by CBS's Simon & Schuster .

Together, they then had to make other stops along the way—first Cold Bay, then Adak. The plan was to spend the night on Adak, which is about 400 miles from Attu, then attempt a flight to Attu the next morning. But once on Adak, pilot Jeff McMillan got word that the barometric pressure was expected to drop shortly. "We've got a two-hour window where we can land on Attu," he told Mihailovich.

At the intersection of the warm Pacific Ocean currents and the frigid Bering Sea, Attu is typically coated in a thick layer of fog, making it possible for pilots to locate the airstrip only a dozen days a year. Because the island also sits along the Pacific Ocean's Ring of Fire, an earthquake could have splintered the ground since the last time anyone had visited. So McMillan and the three others took off, not knowing if their plane could land.

As they approached the island, the dense fog suddenly parted. Attu and her mountains came into view. After McMillan safely landed the plane, he told Mihailovich he had been half a mile away from turning around and giving up.

Once on Attu, the crew didn't know when the island's erratic weather would allow them to leave. Although they had planned to spend four days filming, they packed enough provisions for an extra week. McMillan had to stay on Attu, in case he was unable to return. He had to tie down his aircraft because Attu experiences hurricane-force winds called williwaws that can reach 80-100 mph.

That wind was just about the only other inhabitant on the island. There is no electricity, no semblance of civilization. There are no trees, no roads, nor vehicles that would drive on them. There is only a powerful gust that rattled the crew's tents at night.

Each day the group had to carry everything they would need for the miles-long walk to filming locations: food, a tripod, a camera, extra batteries, first aid supplies to tend to a wound. If something more serious were to happen, say a broken ankle while trying to ford a river on foot, no help would arrive.

"It's the strangest sensation in the world," Mihailovich said in the video above. "You don't hear cars honking. There are no planes flying overhead. All you hear are the birds and the wind."

But as the crew made their way around the island, they began to see the vestiges of war: a few rusted weapons, an ammunition shed high up on a hill, foxholes like scabs on the mountain.

Obmascik, an expert on the Battle of Attu, said U.S. troops were unprepared for what they found when they invaded the island in May 1943, 11 months after the Japanese had arrived.

"I think that the U.S. generals went in and thought that they were going to be fighting a garrison of maybe 3,000 Japanese," he said. "Instead, they had to fight Attu.

The Americans couldn't build roads because the soil was like taffy. On the beach, the sand was spongey; troops would get stuck when they walked.

"They had no way to run supply lines," Obmascik said. "And so they had long lines of hundreds of men who would have to pass gear up from man to man to move it up the mountain to fight."

The troops sent to Attu had been preparing for desert warfare, so their thin boots were more suited for logging in Oregon than for going through four-foot snow drifts, Obmascik said. The boots couldn't be dried. The fog was so thick they couldn't see; the mud was so sticky they couldn't walk. The weather was so cold they couldn't sleep, and their feet were swollen with trench foot.

"As you walked around, and you see this spectacularly beautiful place, there's a little bit of melancholy that sets in," Mihailovich said, "because you know how many people who lost their lives, you know how many kids grew up not knowing their dads. And that gives you pause."