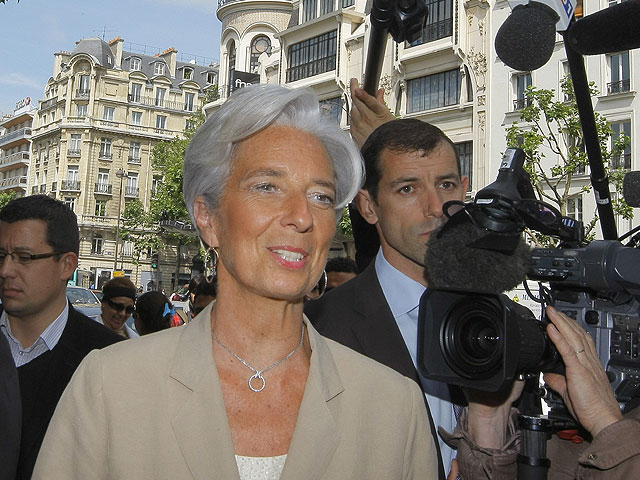 BRUSSELS - Europe's top officials closed ranks Thursday to demand that the next leader of the International Monetary Fund be one of their own, a claim developing nations like China and Brazil challenged as unfair.

The move heated up cross-border debate over his successor, with Europe aggressively staking its claim to ensure that its debt crisis is given priority. But fast-growing nations are trying to break Europe's grip on an organization empowered to direct billions of dollars to stabilize the global economy.

U.S. officials have been cautious in weighing in on this issue, as there has been a traditional balance in which a European runs the IMF, while and American runs the World Bank. Treasury Secretary Timothy Geithner said the selection of the next chief of the International Monetary Fund should be done through an open process that leads to a speedy succession.

Geithner's statement was ambiguous and leaves open the possibility that the U.S. could support a candidate from either group. Some analysts said the U.S. government will make its preference clearer behind the scenes while keeping a more impartial stance in public.

Hours after Strauss-Kahn's resignation, everyone from the European Commission to the German chancellor to the French finance minister — herself a potential candidate — said the replacement should come from Europe, too.

"From a European point of view, it is essential that the appointment will be merit-based, where competence and economic and political experience play the key role," said Olli Rehn, European Commissioner for Monetary and Economic Affairs. "And in this current juncture it is a merit if the person has quite solid knowledge of the European economy and decision making."

France's Finance Minister Christine Lagarde has in recent days been touted in many European capitals as a good choice. A sharp, articulate negotiator, she has a strong international reputation and impeccable English after living in the United States for many years.

"I am convinced that she is a good candidate. I made a few trips with her to Asia. I was able to verify her popularity among ministers of large emerging countries," France's transport minister, Thierry Mariani, told France-Info radio Thursday.

Despite Lagarde's popularity, Mariani was the first member of the French government to speak about it publicly.

That's partly because she is a member of French President Nicolas Sarkozy's conservative UMP party, and if Sarkozy openly pushes for her candidacy, that could fuel the widespread belief in France that the accusations against Strauss-Kahn were part of a conspiracy to knock him off his path toward the French presidency.

Lagarde herself mentioned no names but said she too supported a European for the job.

"I'm a true European and I'm convinced that Europe is the way to go, as far as we are concerned," she told reporters on a visit to a French supermarket. "I am a convinced European and I think that for such a candidacy, the Europeans must be united."

In Berlin, German Chancellor Angela Merkel pushed for a quick decision on a successor to Strauss-Kahn and underlined her hopes that a European will get the job.

"It is of great significance, of course, that we find a quick solution," she said in Berlin Thursday, without naming specific candidates.

The IMF's executive board released a letter from Strauss-Kahn on Wednesday in which he denied the allegations against him but said he felt he must resign to protect his family and the IMF.

"It is with infinite sadness that I feel compelled today to present to the executive board my resignation from my post of managing director of the IMF," the five-paragraph letter said. "I think at this time first of my wife — whom I love more than anything — of my children, of my family, of my friends. I think also of my colleagues at the Fund. Together we have accomplished such great things over the last three years and more.

"I deny with the greatest possible firmness all of the allegations that have been made against me. I want to protect this institution which I have served with honor and devotion, and especially — especially — I want to devote all my strength, all my time and all my energy to proving my innocence."

Strauss-Kahn is facing a bail hearing Thursday in New York that could have spelled the end of his leadership of the IMF anyway. He faces charges of assaulting a maid in a New York hotel room and has been jailed in New York since Monday.

The maid, a 32-year-old immigrant from the West African nation of Guinea, told police the 62-year-old Strauss-Kahn came out of the bathroom naked, chased her down, forced her to perform oral sex on him and tried to remove her underwear before she broke free and fled.

The IMF's statement late Wednesday said the process of choosing a new leader would begin, but in the meantime John Lipsky would remain its acting managing director.

Europeans have led the IMF since its inception after World War II. Americans have occupied both the No. 2 position at the IMF and the top post at its sister institution, the World Bank. The World Bank funds projects in developing countries.

Developing nations see Europe's stranglehold on the position as increasingly out of touch with the world economy. China's is now the world's second largest economy. India's and Brazil's have cracked the top 10. Many emerging economies have become forces of financial stability, while rich countries have become weighed down by debt.

"We must establish meritocracy, so that the person leading the IMF is selected for their merits and not for being European," Brazilian Finance Minister Guido Mantega said. "You can have a competent European ... but you can have a representative from an emerging nation who is competent as well."

China suggested it was time to shake things up at the IMF, with Foreign Ministry spokeswoman Jiang Yu saying the leadership "should be based on fairness, transparency and merit."

The United States has a major say in determining who will head the fund, in part because it holds the largest number of votes. The prevailing view among analysts and former Treasury officials appears to be that Washington would back a strong European candidate who could be approved in a smooth process.