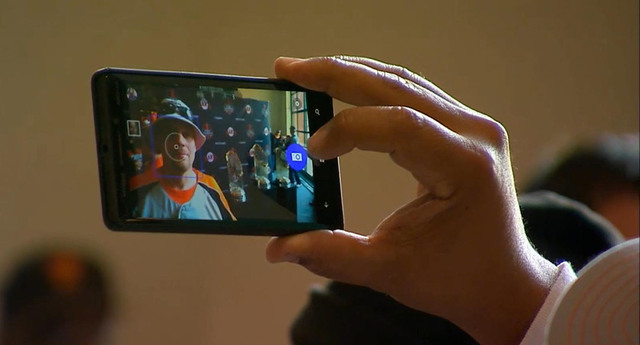 Baseball is and will forever be America's pastime. But Americans pass more of their time on social media than just about anything else, including watching the game. As box scores give way to smartphones, Major League teams have had to play catch-up on the tech front -- especially when catering to the technophile baseball fans of Silicon Valley.

At AT&T Park, home of the San Francisco Giants, Wi-Fi is as integral as peanuts and Cracker Jack -- or rather fish tacos, steamed mussels and California wines.

"There are six fundamental things you need when you come to a game," said Bill Schlough, the Giants' CIO. "A game, a seat, a video board, food, restrooms and a wireless network. We do feel like it's fundamental."

"Fans are starting to bring more than one device per game, and you're seeing a lot of fans that might bring three devices," he told CNET's Lexy Savvides. "So it's a wearable, it's a tablet and it's a smartphone."

And all those devices require a whole lot of bandwidth.

The Giants' AT&T Park was the first pro stadium to install Wi-Fi back in 2004. Now, with more fans than ever using mobile devices there, it has stepped up to keep the crowds connected. There are 1,300 network access points hidden throughout the park, providing Wi-Fi to 40,000 fans so they can tweet and share snapshots, game highlights or even a man catching a foul ball with one hand while holding a baby in the other.

This season, the crowd in San Francisco has chewed through 1.14 terabytes of data each game. That's equivalent to around 3.2 million social media updates.

"We're not arrogant enough to think that people are going to come to a game and just be riveted the whole time," said Schlough. "In a three-hour game there's probably 20 to 25 minutes of action." If fans want to spend the rest of the time Facebooking, checking their Fantasy Football team or playing an online game, the Giants are happy to oblige.

Of course, it being AT&T Park and all, visitors who use a cellular connection are also covered. "Echobots" installed high about the bleachers feed back information on the network in real time so engineers can monitor usage and connectivity, and make adjustments as needed.

The players themselves aren't left out either. A system called Statcast can compute the route a player takes to get a ball in the outfield and quantify the jump a runner gets while stealing a base, Schlough explained.

"These are cameras that track everything that moves on the field and for the first time we can capture statistics that no one's ever had before."