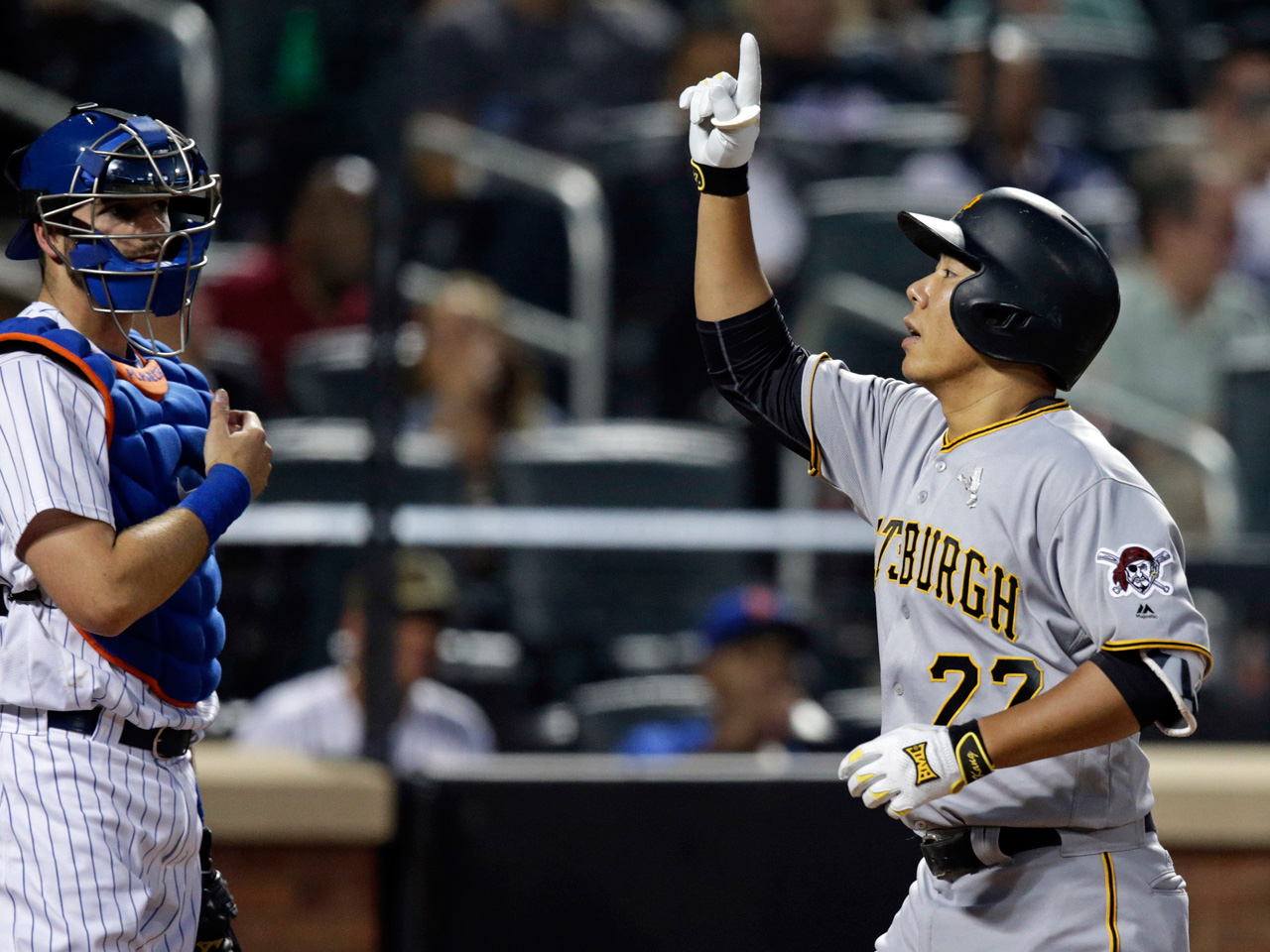 In a statement Tuesday, police said a 23-year-old woman reported being assaulted by Kang inside a hotel. Police spokesman Anthony Guglielmi said the Chicago woman met Kang through a dating app. Police told CBS Chicago the dating app was Bumble.

Kang invited the woman to his hotel room on June 17, after the Pirates played the Cubs.

The woman said she had a drink and then blacked out, drifting in and out of consciousness as he sexually assaulted her. The woman's name has not been released.

The 29-year-old Kang has not been charged. He pinch-hit in the 9th inning Tuesday night against the St. Louis Cardinals, singling in the Pirates' 5-2 win.

The league said in a statement that it would monitor the progress of the investigation and would "respond fully as additional facts emerge."

Kang, who is from South Korea, was batting .250 with 11 homers and 28 RBIs is in the second year of a four-year, $11 million contract. He was third in NL rookie of the year balloting last year.