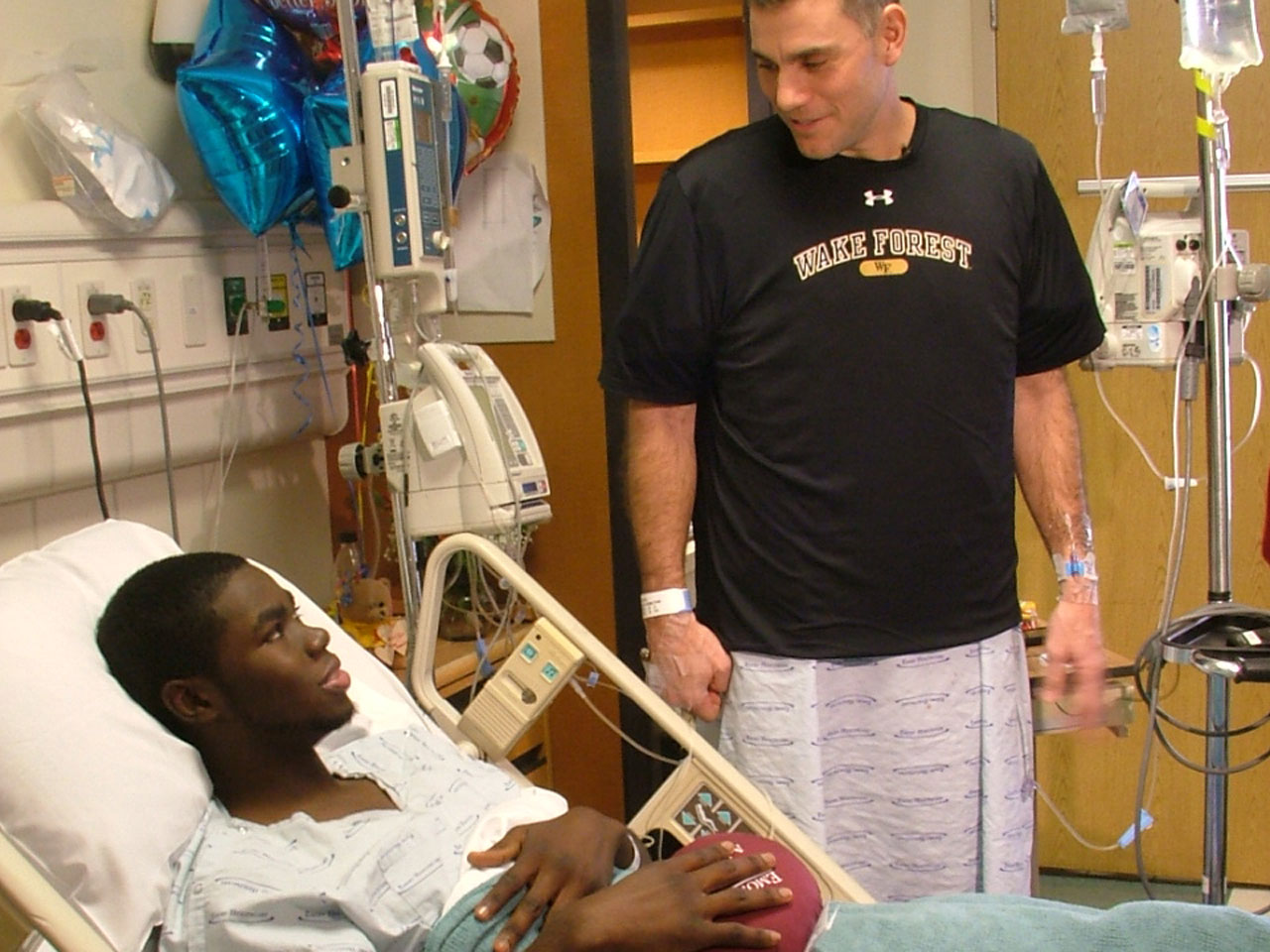 Wake Forest baseball coach Tom Walter has donated a kidney to a freshman player who suffers from a disease that can lead to kidney failure.

Both Walter and outfielder Kevin Jordan were recovering Tuesday in an Atlanta hospital one day after the transplant was performed.

"For us, it's almost like it's been divine intervention," Jordan's father Keith told The Associated Press in a telephone interview Tuesday from Atlanta.

Dr. Kenneth Newell, the lead surgeon on the team that removed Walter's kidney, said in a statement issued Tuesday by Wake Forest that he expects Walter and Jordan to recover fully.

The school says the recovery time for both the 42-year-old Walter and Jordan is expected to be several months. Walter said it will be two months before he is back to normal. Keith Jordan says his son could swing a bat again in 6-8 weeks, and he expects Kevin to enroll in summer school in June and prepare for the fall semester.

"In my mind, for him to have gone through what he went through for the past semester for three more years is unacceptable," .

For now, though, he said the priority for his son is the early stage of recovery, which includes taking short walks in the hospital Tuesday and making sure his incision doesn't become infected.

"I think he's feeling great, outside of he's still got a couple of tubes hanging out of him," Keith Jordan said.

Keith Jordan said he isn't worrying about when his son, a 19th-round draft pick of the New York Yankees last June, may return to the field.

"One of the things we do know for Kevin is, he's going to want to go do stuff right away," Keith Jordan said. "He's going to have to take care of himself. ... His intention is to get back on the field, so I'm sure he's going to do whatever it takes to do that."

Walter said the "best-case scenario is that Kevin and I just lead a normal life" but added that the great story will come when Jordan "makes it back to the playing field."

Jordan had trouble shaking the flu last winter as a high school senior in Columbus, Ga., and lost 20 pounds. Doctors at Emory University Hospital in Atlanta discovered his kidney was functioning at only 15 to 20 percent.

He was diagnosed last April with ANCA vasculitis, a type of autoimmune swelling disorder caused by abnormal antibodies. When those abnormalities show up in the kidneys, they can cause blood and protein to leak into the urine and could result in kidney failure.

He wound up on dialysis — three days a week at first, and then daily. Family members were tested to see if any were a possible match for a transplant, and Walter was tested in December after it was determined that his relatives weren't compatible.

Walter found out Jan. 28, during the team's first practice of the spring semester, that he was a match. He told the team three days later, and said the players greeted the news with "stunned silence followed by a round of applause."

"A lot of things had to come together for it to happen," Keith Jordan said. "Everybody wants a feel-good story wherever they can get it."

A star outfielder at Northside High School in Columbus, Jordan was ranked the No. 43 prospect in the country by one recruiting service, the Atlanta Journal Constitution reports. In the June 2010 draft, the New York Yankees selected him in the 19th round.