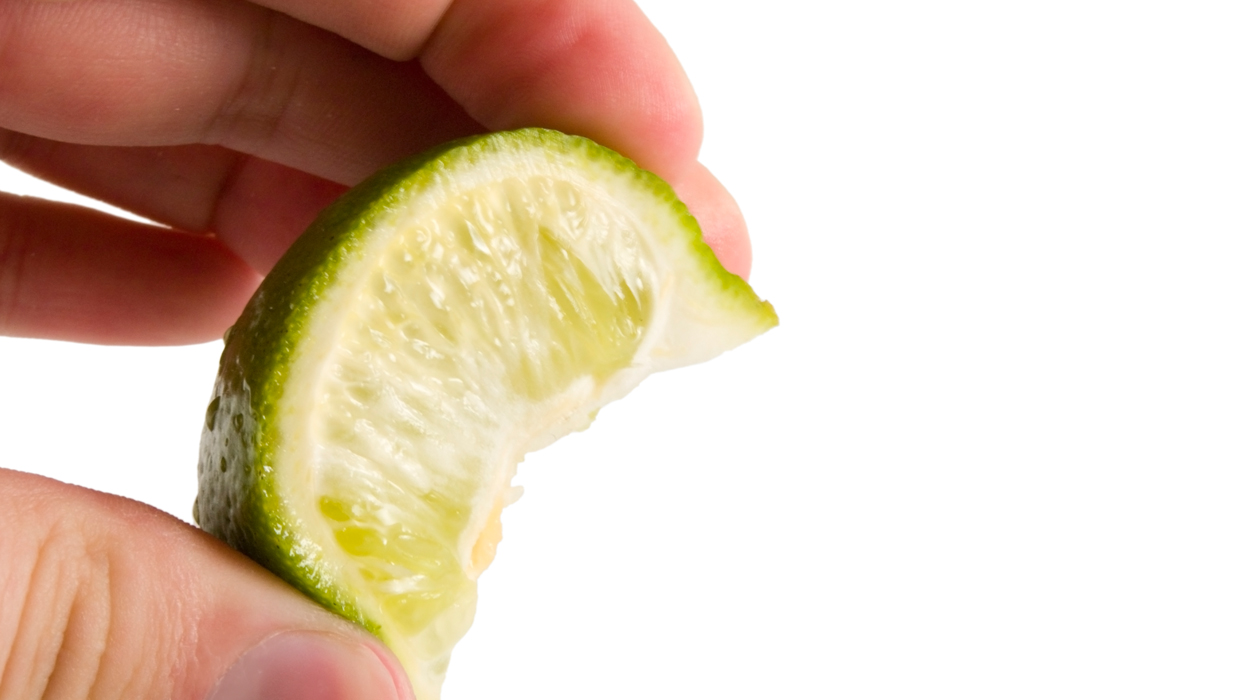 The "margarita burn" phenomenon, known as phytophotodermatitis, occurs when a person gets a compound called psoralen on his or her skin, said Dr. Doris Day, a dermatologist at Lenox Hill Hospital in New York City.

Psoralen is found in a bunch of plants, including limes and lemons, but also celery, figs and carrots, Day said. [16 Oddest Medical Cases]

When the compound gets absorbed into a person's skin, it takes about 30 minutes to an hour to "activate," Day said. Once activated, it makes the skin "exquisitely sensitive" to light, she told Live Science.

Psoralen "loves UV rays," Day said. So when UV rays from the sun hit the skin, the psoralen "grabs" them -- and that causes the skin to burn, she said. The chemical can amplify the effects of the sun's rays by about 10 times, she added. In Fehntrich's case, he said he developed a second-degree burn, which affects both the outer and inner layer of the skin.

The compound stays activated for about 24 hours, Day said. And once it's activated, there's really nothing a person can do except get out of the sun or cover up the exposed area, she said.

Just this week NBC joined CBS, ABC and HBO in offering live streaming of its programming to computers, smartphones and other mobile devices

Can an app help you ditch your reading glasses?

But it's not as though people will definitely develop the condition if they get a bit of lime juice on their skin, and are in the sun.

There's a window to wash off the psoralen, before it's absorbed into the skin, Day said. Depending on how concentrated the compound is, a person has about 10 to 30 minutes to wash his or her skin off, she said. But if you miss that window, it's important to be very careful and avoid letting the sun hit that area of your skin for 24 hours, she said. Putting sunscreen on the area probably won't do much to help prevent burns, she added.

Fehntrich told Live Science that he was bartending at an outdoor event that day, and had squeezed so many limes that his hands were prune-y by the end of the day. His story was first reported by The Atlantic.

But just one lime can cause a burn, Day said.

Indeed, people can get burned just from squeezing a lime wedge into a drink on the beach and then staying in the sun, Day said. [10 Ways the Beach Can Kill You]

Fehntrich, who is a student at Stony Brook University in New York, said that his burn didn't start to blister until several days after the day he bartended, which was a Saturday. By Thursday, large blisters had formed, he said.

Fehntrich said that he went to a burn unit, where doctors wrapped his hand with antimicrobial gauze to help prevent infections. By the weekend, the blisters were gone, he said. However, it took several more weeks for his hand to heal.

If someone does get burned, it's important to cool the skin with cool compresses and stay hydrated, Day said. Sun exposure and heat can cook the water right out of the skin, putting a person at risk for dehydration, she said.

Fehntrich said Friday that his hand has mostly healed; it has been about seven weeks since the burns occurred. The skin on his hand is slightly discolored now, but it's not very noticeable, he said.