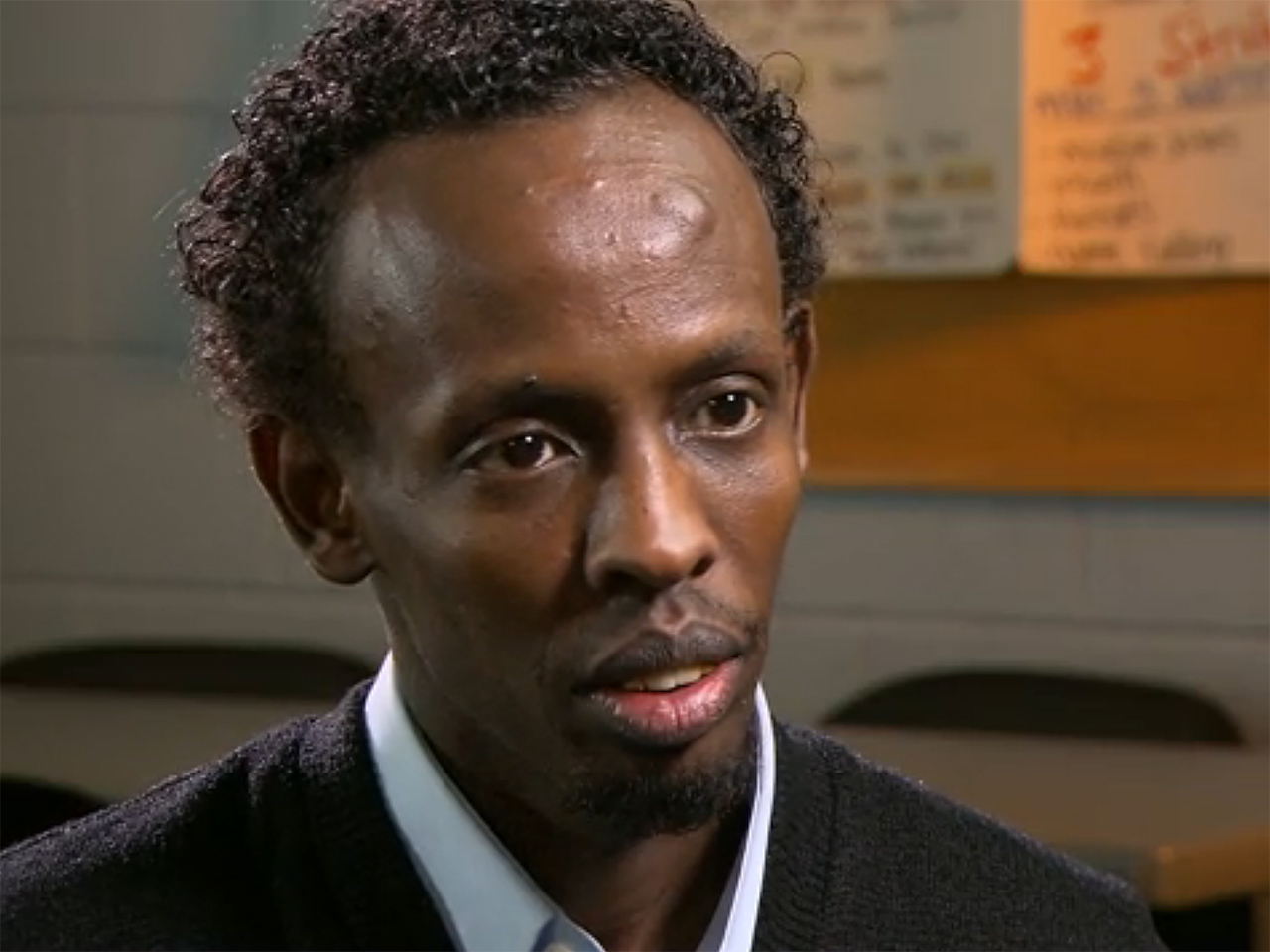 When it comes time for "The Envelope, Please …" at the Oscars in March, the talk around Hollywood is that a young man from Minneapolis will be among the finalists for Best Supporting Actor. Our Mo Rocca has his story:

If you've seen "Captain Phillips," even if you've just seen a commercial for it, you know the moment when Somali pirates storm the bridge of the cargo ship Maersk Alabama, and the lead pirate, Muse, confronts the ship's captain.

Rocca asked actor Barkhad Abdi, "Are people coming up to you all the time now and going, Look at me Look at me.'?"

"Yeah.  I didn't realize how good it was!" he laughed.

"Before that scene began, were you thinking, 'I'm gonna lay this line on him'?" asked Rocca.

Coming out of nowhere, like Abdi himself. He's already nabbed Best Supporting Actor nominations from the Screen Actors Guild and the Golden Globes, which makes him an odds-on favorite for an Oscar nomination.

Not bad for a first-time actor.

How Abdi came to star in a Hollywood movie began with an announcement on Minneapolis' local TV news, seeking actors, or non-actors, preferably someone born in Africa.

The audition took place at the Brian Coyle Center, a community center that is a focal point for Minneapolis' Somali population. Minneapolis has the largest number of Somalis in the U.S.

The open call drew hundreds of hopefuls. Among them: Abdi and his friend (and future co-star) Faysal Ahmed.

In the beginning Ahmed tried out for the role of the pirate's leader, Muse, then changed to the character to Najee, the most menacing of the pirates -- the farthest thing from "Minnesota Nice."

"It's the opposite," Ahmed said. But in real life, Abdi said he's really friendly.

And director Paul Greengrass kept his "pirates" from meeting Hanks until the moment they filmed that scene.

"I was so nervous that day," Abdi said. "That was the first time I'd met Tom Hanks, so I met him in character, yeah.  And it was really nerve-wracking."

"So, do you remember the moment when they stopped tape, and you got to meet him as Tom Hanks?" Rocca asked. "Did you basically go from 'Look at me,' to 'Hey, I'm so happy to meet you!'?"

Abdi's own story could be a movie. Born in Mogadishu, he was six years old when Somalia's civil war broke out in 1991 and the country descended into chaos.

"I remember I had my uniform and everything, was like, 'Finally I get to start school tomorrow,'" he recalled. "And that afternoon I started hearing gun shots.  And I remember I wasn't allowed to play outside anymore.

"And the next morning it just was war, uh-huh."

Abdi, his mother, sister and two brothers stayed in Somalia for another year.

"We would hear gunshots as we sleep, the sounds of it," he said. "It was just normal. We'd go outside, and we'd find guns and we'd find dead people. It was really wild."

They managed to make their way to Yemen, where Abdi's father was teaching, before a teenaged Barkhad and his family emigrated to Minneapolis.

What were his first impressions? "It was beautiful. It was green everywhere, it was green," he said. "I remember just being shocked by, why it's so green?" he laughed.

"I'm assuming you did not arrive in the winter," Rocca said.

"No, I did not! I did not.  I was really excited about the winter.  Like, first, it was like, 'Yeah, can't wait to see the winter. It's gonna be snowing!'  Just the whole idea of it, it was just amazing to me. Until it came!"

Indeed, after 14 years, neither Abdi nor his brother Sayed have warmed to the weather. But living in the Midwest did afford Abdi an unexpected opportunity.

"My Somali got better here," he said. "And I learned to interact with Somalians more here!"

"So the ad should be, 'Come to Minnesota to learn Somali,'" Rocca said.

But this immigrant soon embraced his new homeland, and got a job at the Mall of America.

"When you worked here, did you use to think about what you would do with the rest of your life, what the future was going to be like?" asked Rocca.

"Then, I was just happy about high school, probably thinking about what I'm gonna do next weekend or my paycheck," Abdi replied. "That was mostly what my main focus was."

Now 28, Barkhad Abdi has got an agent and is leaving Minneapolis -- and its Somali tea shops -- to pursue a career in Hollywood.

So how would he sum up his life in America?

Or an extreme version of it -- like the American dream on steroids.