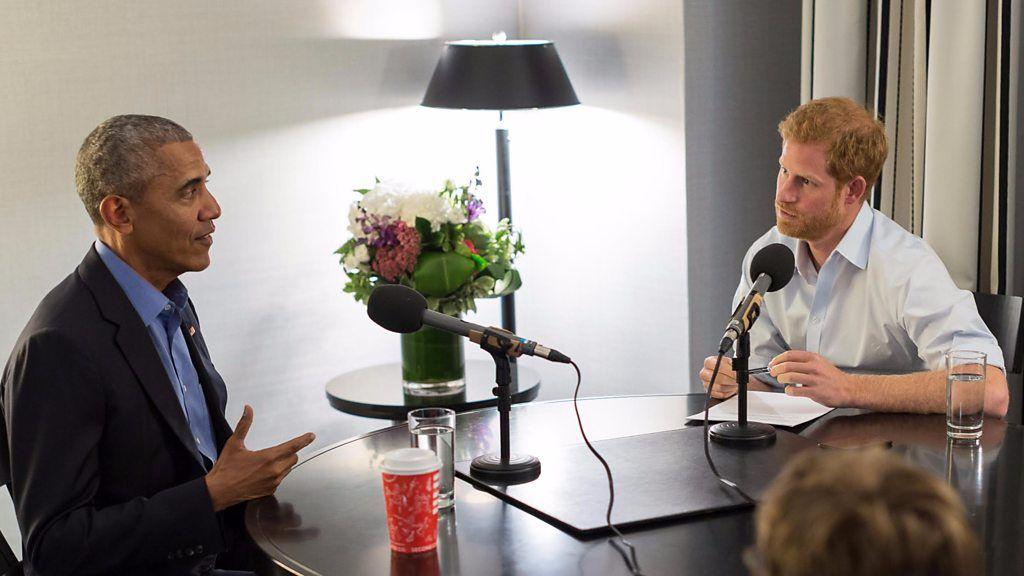 It was a round table pre-interview moment seen around the world. Former President Barack Obama and Prince Harry were warming up before a BBC Radio program when their back-and-forth got a little silly.

BBC News writes that Prince Harry warns President Obama will get "the face" if he pauses too long between answers -- in apparent joke about how most interview segments are produced for BBC.

Mr. Obama then asks Prince Harry to see the face and after seeing what happens, Mr. Obama said, "I don't want to see that face."

Also part of the warm up -- which was caught on camera -- Mr. Obama asks Prince Harry if he needs to do a British accent -- and even tries to turn the table on Prince Harry.

According to BBC News, the interview was recorded at this year's Invictus Games in Canada and will broadcast for Prince Harry's guest edition of the BBC Radio 4's Today program on Dec. 27.

In other news -- in case you haven't heard -- Kensington Palace released a statement Friday announcing the date for Prince Harry and Meghan Markle's upcoming nuptials.

"His Royal Highness Prince Henry of Wales and Ms. Meghan Markle will marry on 19th May 2018," the statement read.

The prince and Ms. Markle announced their engagement Nov. 27., and the month of the wedding had been confirmed earlier, along with the location: The two are to be wed in St. George's Chapel at Windsor Castle.