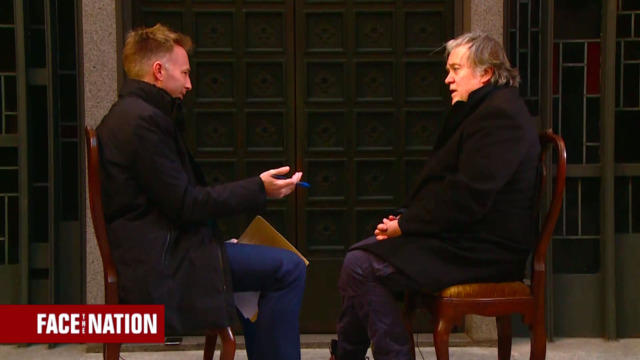 However, the ex-chief strategist tells CBS News Correspondent Seth Doane that 2019 will not be an easy year for the president.

"I believe that we're going to enter into an extraordinary time in American politics," Bannon warned.

"We've allowed the Democrats, because they take control of the House, to weaponize a whole bunch of investigations. They're going to be able to weaponize the Mueller report. 2019's going to be quite vitriolic."

CBS News has learned that Mueller's report is expected to be turned in sometime after next week to Attorney General William Barr.

However, Bannon sees a graver threat to the president's reelection beyond the Mueller probe. Investigations continue by federal prosecutors in the Southern District of New York and elsewhere, including a probe into Trump's inaugural committee.

"I think we're, in the United States right now for the next four or five months, going to really be into quite a vitriolic time," Bannon said.

More from Doane's interview will air Sunday on "Face the Nation" with Margaret Brennan. Click here to check your local listings.

Read full transcripts of "Face the Nation" from 2022
Thanks for reading CBS NEWS.
Create your free account or log in
for more features.
View CBS News In
CBS News App Open
Chrome Safari Continue
Be the first to know
Get browser notifications for breaking news, live events, and exclusive reporting.