For smokers and nonsmokers alike, it is a drag. In many places, instead of coffee breaks, many smokers huddle outside.

"This is a free country. Why are we being restricted this way?" says smoker Florette Sedlitz.

Smoking restrictions are common. But Kimball Physics in Wilton, New Hampshire, makes no apologies for its hard line on smoking.

Crawford is the CEO of this 60-person high-tech firm situated in this pristine, farmlike setting where the workers established strict smoke-free conditions.

Tobacco residuals? What does that mean? At Kimball Physics, forget smoking: You can't even smell of smoke--not on your breath, your hair, or your clothes.

"You can say it's a discrimination of sorts," says Larry Warren.

Warren, who smoked for 14 years, helped write the company policy in the early 1990s.

"Here at Kimball Physics we've decided this is where we work and we have the right to exclude people from this workplace based on their annoyance to us," says Warren, a technician at the company.

Crawford says, "You need to have a virtually smoke-free workforce before you can take a step like this, because some individuals may feel, correctly, that they are not being treated fairly."

In Temple Terrace, Florida, the issue isn't fairness, it's the bottom line. Citing the high cost of life insurance for employees who smoke, the city no longer hires smokers.

"I think that a business has a right to set policy . . . if they want to abide by your policy--great," says Joe Affront, a Temple Terrace councilman. "If not, find another job."

Maltby is a worker's rights attorney who sees a trend. He's defended smokers who feel they've been discriminated against and was unsuccessful fighting a similar policy in North Miami.

"There really aren't any laws telling employers they can't create prohibition policies if they want to. It's not right . . . but it's not illegal," says Maltby, who is president of the National Workrights Institute.

Twenty-one states provide no legal protection for smokers--either in or outside the workplace. In those states, companies can design whatever policy they want.

John Kirkwood, of the American Lung Association, questions if kicking smokers out helps them kick the habit.

"A more positive approach would be: Let's find a way to get you to quit. Let's offer some incentives for you to quit. We're interested in you and your famiy and your health," says Kirkwood, who is CEO of the ALA.

Smokers' rights activist Audrey Silk says, "You've said no smoking indoors. You've pushed us outside. Now that we're outside you want us down the block. Now you don't want us in the parks. There is no compromise with antismokers."

Silk is the founder of CLASH--Citizens Lobbying Against Smokers Harassment--and she is downright angry and somewhat defiant.

Back at Kimball Physics, one employee tried using garlic to hide his smoking. He eventually quit his job.

"We do not ask the question, 'Do you smoke?'" says Crawford. "We hand them the policy. We ask them if they can live with it. Occasionally someone stand up, turns beet red, and says, 'No, I can't live with this outrageous policy!' And they stomp out."

Lou Maltby says that until Congress passe a law that explicitly protects smokers from workplace discrimination, these kinds of policies will become more common.

Kimball is a small company, but could these kinds of strict policies work in major corporations in states that allow them?

Maltby says, "It's much tougher for big companies. In 1996, Motorola told its 6,000 employees at its Libertyville, Illinois, plant they could not smoke in their cars on campus. It lasted 1 day before they dropped it because it was too difficult to enforce." 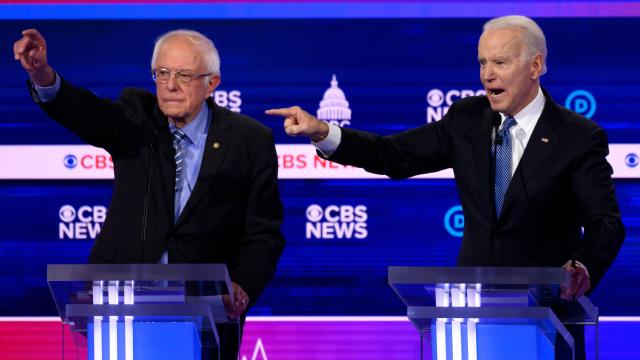