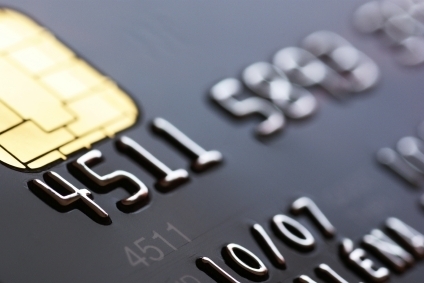 (AP) NEW YORK - Visa (V), MasterCard (MA) and major banks agreed to pay retailers at least $6 billion to settle a long-running lawsuit that alleged the card issuers conspired to fix the fees that stores pay to accept credit cards. As part of the settlement, announced Friday, stores from Rite Aid (RAD) to Kroger (KR) will be allowed to charge customers more if they pay using a credit card.

The pact, which is being called by lawyers involved in the case the largest antitrust settlement in U.S. history, is seen as a major victory for merchants that have long complained about the billions of dollars in so-called "swipe" or "interchange" fees that they pay to banks for purchases made using plastic. But at a time when shoppers increasingly are using credit and debit cards, merchants will face a dilemma: Whether to charge shoppers extra for using plastic, and if so, how to do so without angering them.

Marilyn Landis, who was last year's chairman of the National Small Business Association, said that the settlement is a victory for small businesses across the country because it could ultimately lead to banks lowering the fees they charge stores for customers' credit card purchases.

Landis, who owns Pittsburgh-based financial services firm Basic Business Concepts, said that would be a big relief. She's now paying 3.75 percent each time a customer pays with a credit card. If bank card companies reduce the fees they charge her to 2.75 percent, she would save a dollar on every $100 in sales.

What a stronger dollar means for the economy

Why white collar criminals often get away

According to the National Retail Federation, the nation's largest retail group, swipe fees costs for stores total about $30 billion per year. Mallory Duncan, senior vice president and general counsel for the group, said the settlement is a step in the right direction.

"What we need are changes in the rules that bring about transparency and competition that would be here for years to come," he said.

The dispute between stores and banks dates back to 2005. That's when large retailers, including Kroger Co., Safeway Inc. (SWY) and Walgreen Co. (WAG) began filing price-fixing lawsuits against Visa, MasterCard and other banks.

The retailers claimed the credit card issuers worked together to fix the fees that stores pay to accept credit and debit cards. The fees, which vary depending on the type of store and the type of card issues, average about 2 percent of the price of a purchase.

Visa and MasterCard make money on the fees that stores pay for each customer that uses credit or debit cards for their purchases. The fees are set by card processing networks but collected by, and split with, the banks that issue the cards.

The card companies long have defended the fees they charge stores. They say stores benefit from being able to accept credit and debit cards from customers, who often spend more when they're using plastic instead of cash or checks.

But up until now, Visa and MasterCard have banned stores from charging customers who use credit cards more. Merchants, however, have been allowed to offer customers discounts if they pay with cash. Some gas stations do this, for example.

As part of the settlement, credit card companies have agreed to reduce swipe fees for eight months. The temporary reprieve on fees is valued at $1.2 billion. The settlement does not apply to debit cards, which have grown in popularity for small-value transactions.

"These new rules will give merchants the tools they need to put pressure on the credit card networks to lower interchange or swipe fees, which are the second-or third-highest cost of doing business for many retailers," said Patrick J. Coughlin, senior trial counsel at Robbins Geller Rudman & Dowd LLP, and one of the lawyers for the plaintiffs.

Joseph W. Saunders, chairman and chief executive of Visa Inc., said in a statement Friday that he's comfortable with the agreement, which he believes will not affect the company's earnings outlook.

"We believe settling this case is in the best interests of all parties," he said.

Noah Hanft, MasterCard Inc.'s general counsel, said in a separate statement on Friday that the decision to settle "was based on our belief that MasterCard and our stakeholders are best served by an amicable resolution."

"Although we have strong defenses to all claims, a settlement avoids years of litigation and uncertainties that are inherent in such cases," he said. "We believe that today's settlements should resolve all issues with the merchant community."