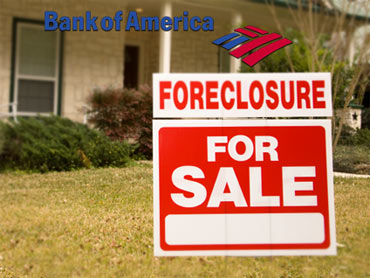 Bank of America Corp. will take an approximately $2 billion charge in its fourth quarter as it settles buyback claims on home loans sold to Fannie Mae and Freddie Mac.

The bank said Monday that it also expects to take a provision of about $3 billion in the quarter related to repurchase obligations on the home loans.

Bank of America shares jumped 4.4 percent in premarket trading on the news.

On Friday Bank of America, which is based in Charlotte, N.C., paid Fannie Mae $1.34 billion and Freddie Mac $1.28 billion as part of the settlements.

Buyback claims are an ongoing issue for the financial industry, with Ally Financial Inc. announcing last week that it would pay $462 million to settle buyback claims on $292 billion in home loans that it sold to Fannie Mae.

And in mid-December a group of eight investors including Freddie Mac, Pimco Investment Management, Blackrock Financial Management and the Federal Reserve Bank of New York extended talks with Bank of America over the group's demands that the bank buy back soured mortgages sold to them.

The investors argue that Countrywide's practice of modifying loans found to have faulty paperwork or those written outside of normal underwriting standards breached signed agreements with the investors. By continuing to service bad loans rather than speeding up foreclosures, the group claims, Countrywide ran up servicing fees, enriching itself at the expense of investors.

Bank of America, however, has described the loan modifications as the "proper response to an unprecedented housing crisis and in furtherance of the stated policy of the federal government."

The deals with Freddie Mac and Fannie Mae don't cover loan servicing obligations, other contractual obligations or loans contained in private label securitizations. But the agreements are a sign that the bank is working quickly to deal with buyback claims.

"These actions resolve substantial legacy issues in the best interest of our shareholders," Bank of America CEO Brian Moynihan said in a statement.

Fannie Mae said in a statement that the Bank of America deal was a "fair and responsible resolution" of the outstanding claims. The company said the agreement accounts for about 44 percent of the $7.7 billion in repurchase requests outstanding with all of its seller servicers as of Sept. 30, 2010.