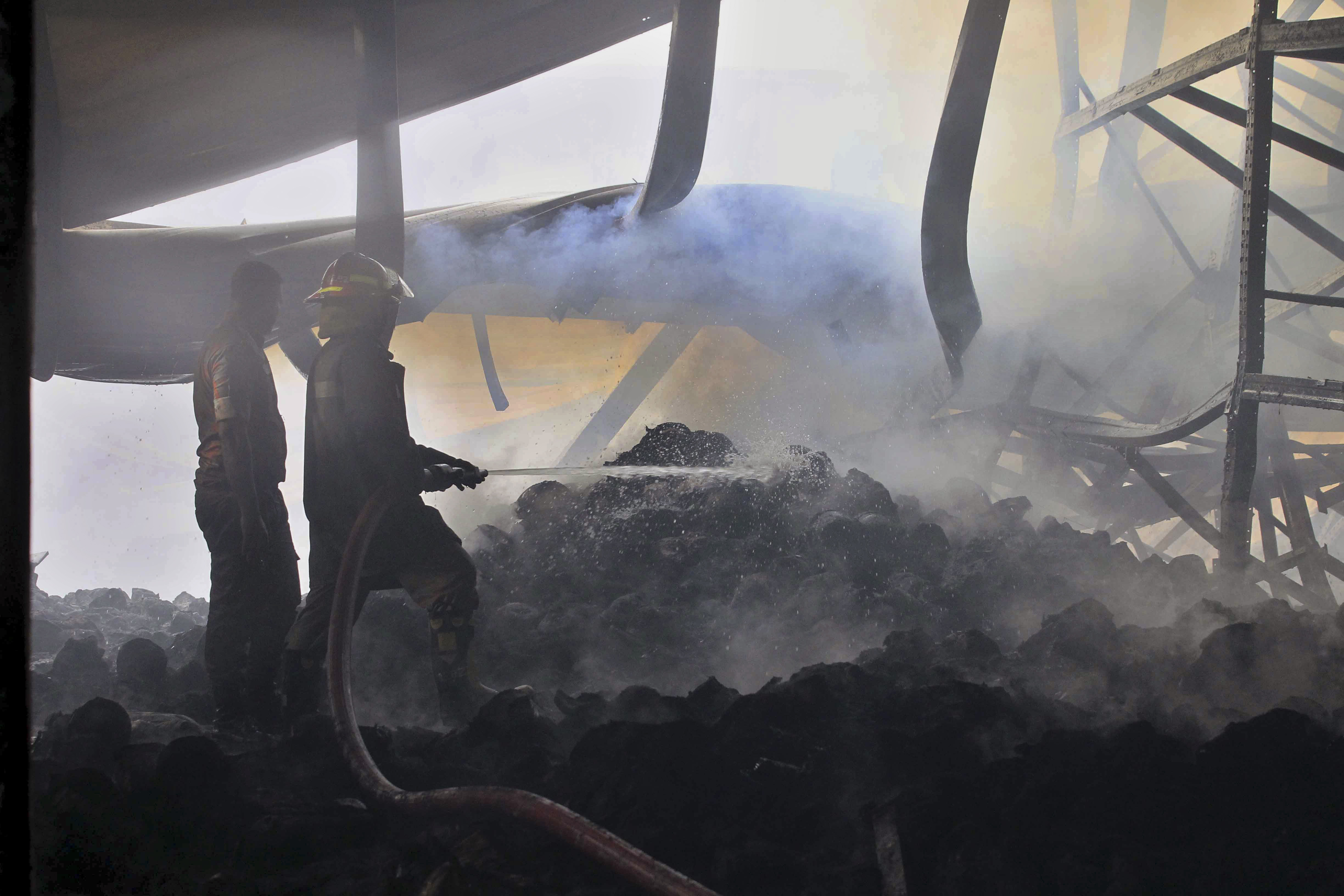 DHAKA, Bangladesh A fire killed 10 people at a garment factory in Bangladesh about six months after a factory building collapse that killed 1,100 people exposed the harsh and often unsafe conditions in an industry that is the world's third-largest.

Authorities and global clothing companies have pledged to improve safety standards in Bangladesh's garment industry after the Rana Plaza collapse and numerous other fatal accidents.

Another garment factory fire last November killed 112 workers in a building authorities said did not have enough exits.

Bangladesh earns $20 billion a year from garment exports, mainly to the United States and Europe. The sector employs about 4 million workers, mostly women.

Following the Rana Plaza collapse, CBS News correspondent Holly Williams and went undercover to see what the conditions inside Bangladesh's garment industry are really like. She found many workers who appeared to be under the legal age for employment, poorly ventilated work areas where toxic chemicals were being used, and various instances of missing safety equipment.

An engineering survey shown to The Associated Press after the Rana Plaza collapse showed many Bangladesh garment factories added floors that the building foundations couldn't support and were located in converted residential buildings not designed to withstand use of heavy equipment.

The cause of the fire this week at the Aswad garment factory in Gazipur outside Dhaka was not immediately known, but the government was investigating.

The fatalities included the general manager, Rashiduzzaman Mandal, said fire official Zafar Ahmed. He said the fire was doused early Wednesday after firefighters labored 10 hours to bring it under control.

Factory director Emdad Hossain said 170 workers were inside the factory when the fire started and most were able to escape. Hossain said he suffered slight injuries himself.

Farhaduzzaman, another fire official, said the fire spread to two buildings that housed garment factories belonging to the Palmal Group of Industries.