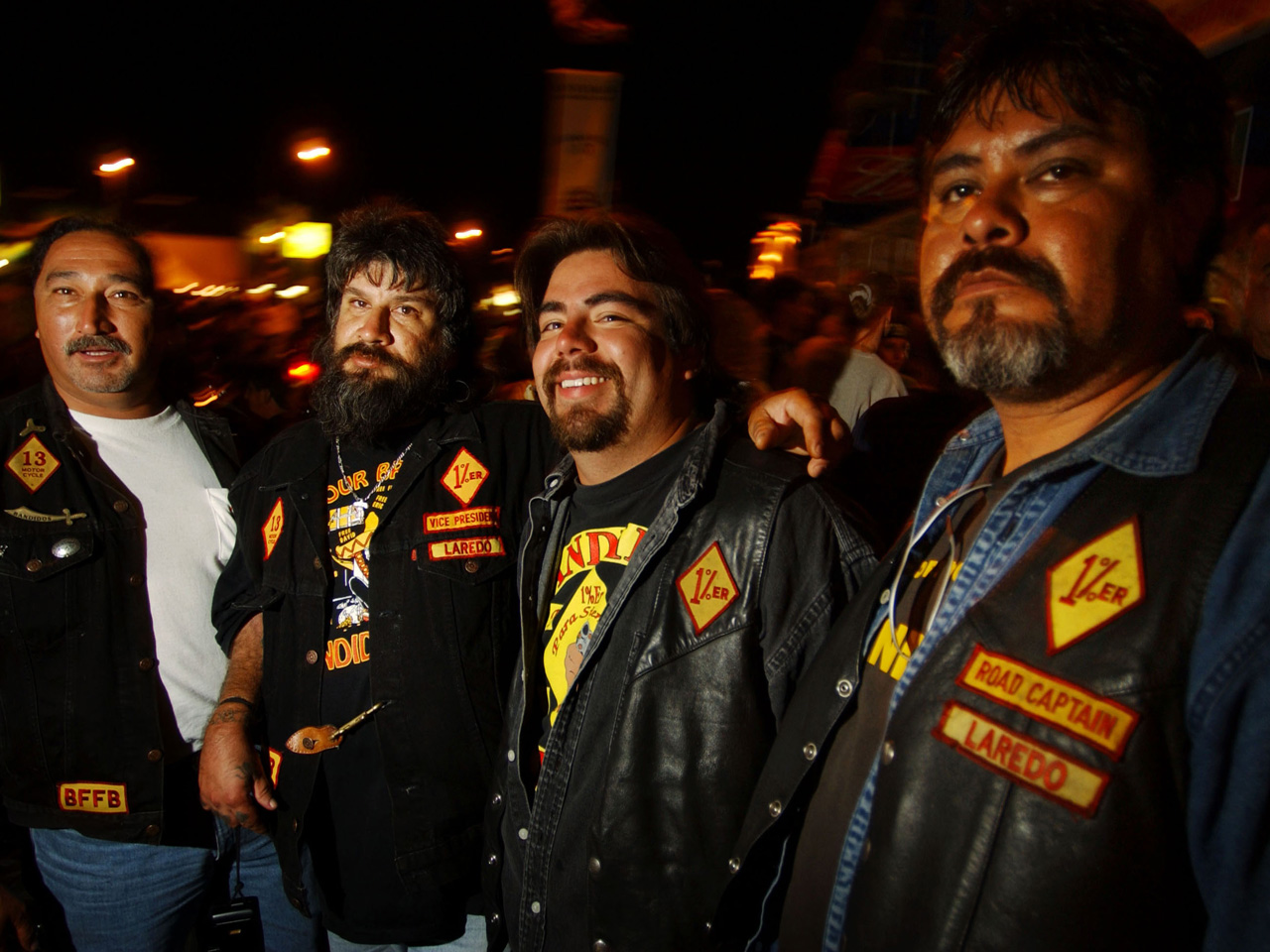 WACO, Texas - The deadly lunchtime biker gang shootout at a crowded Waco restaurant Sunday was likely just the latest battle in an ongoing war between two main groups, and Texas law enforcement authorities warned weeks ago of growing animosity between them.

In a memo dated May 1, the Texas Department of Public Safety cautioned authorities about increasing violence between the Bandidos and the Cossacks. The county sheriff has said all nine people who were killed in the melee Sunday were part of those two groups.

The shootout at a Twin Peaks restaurant also left 18 injured, and about 170 bikers have been charged with engaging in organized crime.

The DPS Joint Information Center bulletin said the tension could stem from Cossacks refusing to pay Bandidos dues for operating in Texas and for wearing a patch on their vest that claimed Texas as their turf without the Bandidos' approval.

"Traditionally, the Bandidos have been the dominant motorcycle club in Texas, and no other club is allowed to wear the Texas bar without their consent," the bulletin said.

Retired ATF agent William Queen went undercover for more than two years and testified against members of the gang he infiltrated, later writing about the experience in the book, "Under and Alone."

He told CBSN's Jeff Glor the dispute between two of the gangs -- the much-smaller Cossacks, which has ties to the Hell's Angels, and the Bandidos, currently one of the largest biker gangs in the world -- as "David and Goliath."

"The Cossacks were getting tired of being pushed around and pretty much 'called it' on the Banditos. There wasn't violence that was going on, but it was kind of building up," Queen explained. "And they were there to kind of talk about this thing at that coalition meeting, and it led from a parking space dispute to [a] full-fledged gun battle."

Though the Cossacks have been in Texas since 1969, they didn't claim Texas as their territory on the patch known as a "bottom rocker" until last year, according to Peter Edwards, a Toronto star reporter and author of "The Bandido Massacre: A Story of Bikers, Brotherhood and Betrayal," a book about the 2006 slaying of eight Canadian members of the Bandidos.

"For them [Cossacks] to do something like this, to know how much it would enrage the Bandidos, it's really provocative," said Edwards, who has researched and written extensively on the Bandidos and biker culture. "They'd have to know they'd get a strong response."

The patch is the bottom of three worn on the backs of those in motorcycle clubs, and it's taken very seriously in biker culture, according to Edwards. Stronger motorcycle clubs sometimes threaten to take the "bottom rocker" patch off the backs of weaker clubs as a sign of humiliation.

The move to wear the "bottom rocker" by the Cossacks is not entirely unexpected, however, he said - though the Bandidos are a much larger club nationally and internationally, the two clubs are on more even footing in Texas. "That was [the Cossacks] saying, we're not going to be taking direction from you - we're going to be standing on our own two feet," Edwards said.

The Cossacks have about 200 members in the state and the Bandidos have 150 to 175, he said. The Bandidos, however, have stronger grassroots support with more smaller clubs who claim allegiance to them, according to Edwards.

In Texas, Edwards said the Cossacks have only one smaller club who claim allegiance - the Scimitars, another group involved in the shootout.

The May 1 law enforcement bulletin said the FBI had received information that Bandidos had discussed "going to war with Cossacks." It also outlined several recent incidents between the two groups, including one instance in March when about 10 Cossacks forced a Bandido to pull over along Interstate 35 near Waco and attacked him with "chains, batons and metal pipes before stealing his motorcycle," WFAA reported.

That same day, a group of Bandidos confronted a Cossack member fueling up at a truck stop in Palo Pinto County, west of Fort Worth, the bulletin said. When the Cossack member refused to remove the Texas patch from his vest, the Bandidos hit him in the head with a hammer and stole it.

There are other documented instances of violence between the groups.

Last March, two members of the Bandidos were indicted in connection with the stabbing of two Cossacks at an Abilene steakhouse in March 2014.

And in December, three Bandidos were arrested for a shooting at a Fort Worth motorcycle bar that left one dead and two others wounded. Fort Worth police said the victims were known members of a criminal motorcycle gang.

The Bandidos "constitute a growing criminal threat to the U.S. law enforcement authorities," the Justice Department said in a report on outlaw motorcycle gangs. According to the report, the Bandidos are involved in transporting and distributing cocaine and marijuana and in the production and distribution of methamphetamine.

Katz said bikers maim and kill each other all the time. The only thing unusual about the Waco confrontation was that it happened in public.

"I get that question all the time: 'Are these guys still around?"' he says. "Of course they are. But they've lowered their profile, because it's bad for business to be involved in something where you're going to attract a great deal of law enforcement attention. They've never gone away. In fact, they've grown."

McLennan County Sheriff Parnell McNamara, whose office is involved in the investigation, said the nine dead were members of the Bandidos and Cossacks. However, Waco police spokesman Sgt. W. Patrick Swanton has repeatedly declined to identify which gangs were involved in a fight that began with punches then grew to include chains, knives and then guns.

Five gangs from across Texas had gathered at Twin Peaks to in part settle differences over turf, Swanton has said.

The Confederacy of Clubs, a network of motorcycle clubs, had a scheduled regional meeting at the restaurant, according to their website.

Swanton said Tuesday that the coalition of clubs had reserved an outdoor bar area for the meeting, and that another group that wasn't invited, which Swanton declined to identify, showed up anyway.

"When those individuals showed up, there was a disturbance in the parking lot," Swanton said.

The cause of the disturbance is still not clear, but it could have been a parking dispute, a biker getting his foot run over, or both, Swanton said.

On Monday, about 170 gang members were charged with engaging in organized crime. McLennan County Justice of the Peace W.H. Peterson set bond at $1 million for each suspect.

He defended the high amount, citing the violence that quickly unfolded in a shopping market busy with a lunchtime crowd.

Police and the restaurant operators were aware of Sunday's meeting in advance, and 18 Waco officers in addition to state troopers were outside the restaurant when the fight began, Swanton said. Police have acknowledged firing on armed bikers, but it was unclear how many of the dead were shot by gang members and how many were shot by officers.

"We have a contingency plan to deal with those individuals if they try to cause trouble here," Swanton said.