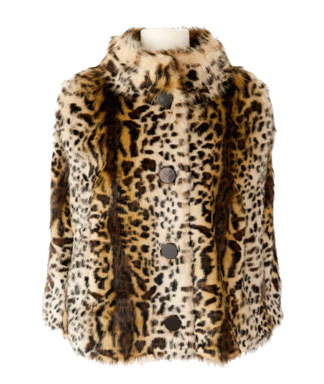 "Mad Men" and Banana Republic have teamed up for the second year in a row, with the clothing company offering video blogs from Bryant and Banana Republic designer Simon Keen, show-inspired store windows and a "Mad About Style" style guide with tips for looking Sterling Cooper chic.

There's also a "casting call" contest in which the prizes include a walk-on role in an episode of the AMC series. Fans can upload pictures of themselves dressed in their "Mad Men" best and vote for their favorites.

Bryant is also bringing her "Mad Men" style to a '60s-themed collection for QVC called Janie Bryant MOD. The 20-piece line, which features faux fur capelettes, reversible coats and retro handbags, ranges in price from $26-$137.50 and will be available on Sept. 29.

The fourth season of "Mad Men" premieres on Sunday at 10 p.m. EST.

Here are three of the pieces from the Janie Bryant MOD line: