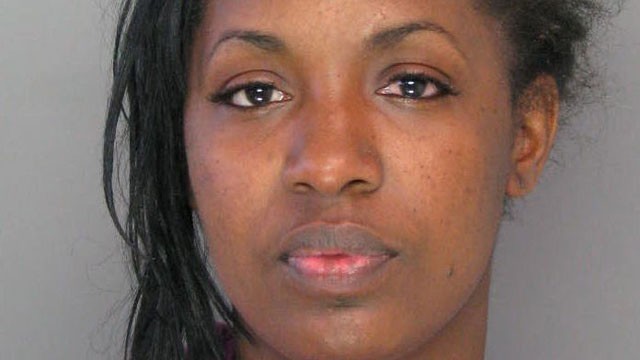 (CBS) BALTIMORE - Two women were arrested on Saturday after they allegedly started a fight with cleaning products in a Walmart in Baltimore, Maryland. According to police, Theresa Monique Jefferson, 33, and another women threw bleach and other chemicals on each other during an argument in a store aisle.

The bleach and disinfectant created toxic fumes which prompted the store managers to immediately evacuate the store. Fire, EMS and hazardous materials units were dispatched to the scene. The store was closed for seven hours.

Meanwhile, the dispute between the two women goes beyond the Walmart fight. The Baltimore Sun reports that Jefferson has child with the victim's ex-boyfriend.

As a result, police arrested Jefferson after she turned herself in to authorities.

She has been charged with first-degree assault, second-degree assault, theft under $100 and malicious destruction of property. She is currently being held on $350,000 bail.