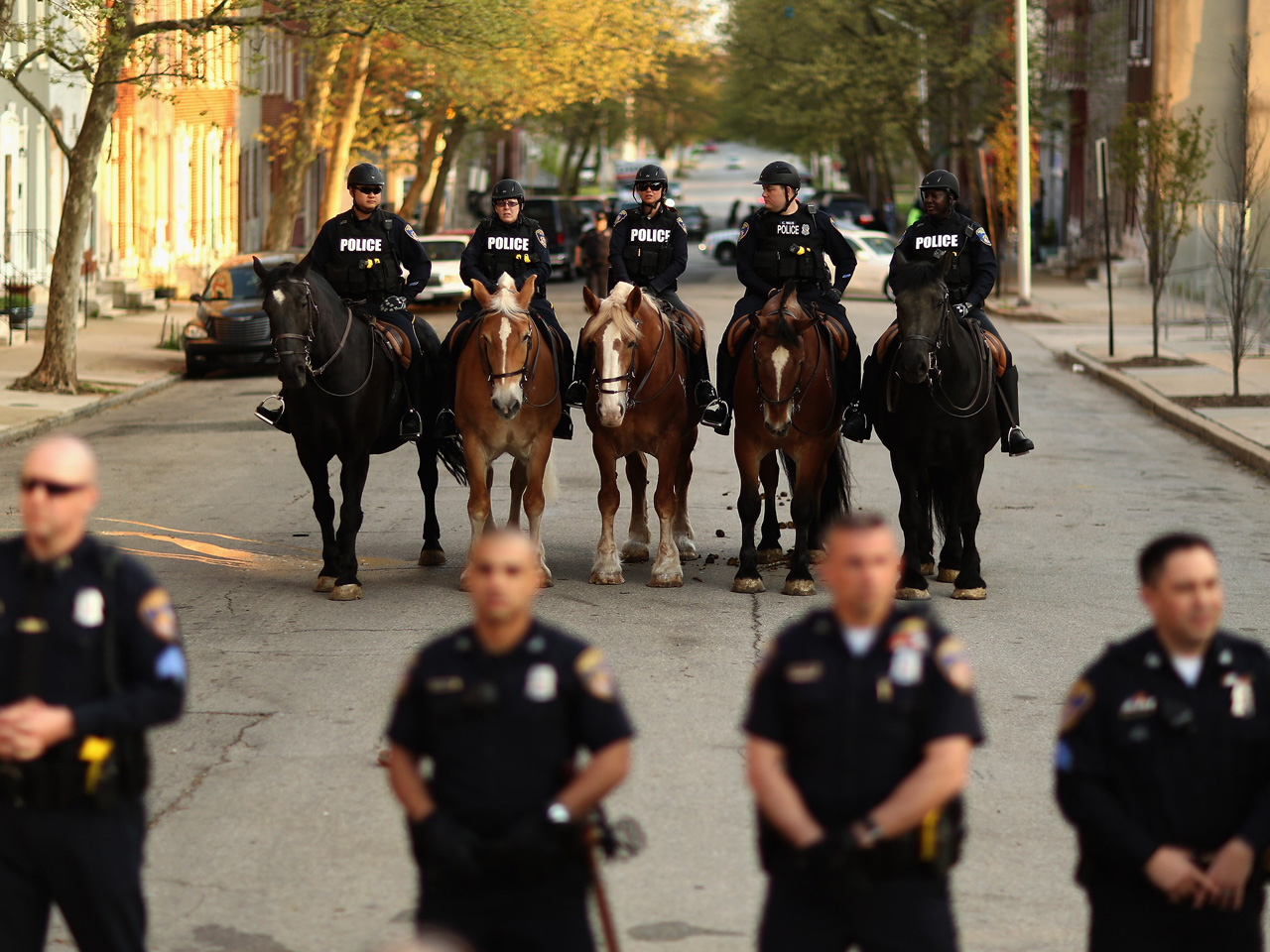 BALTIMORE - As the funeral for Freddie Gray, the man who suffered a fatal spinal injury in police custody, was held Monday, the Baltimore Police Department announced they had received information about a "credible threat" against the lives of its officers.

In a press release, the department states that "members of various gangs including the Black Guerilla Family, Bloods, and Crips have entered into a partnership to 'take out' law enforcement officers."

The statement advises local agencies to "take appropriate precautions to ensure the safety of their officers."

After Gray's death, protesters took to the streets against what they say is an ongoing pattern of violence and abuse against the black community by law enforcement agencies. Tensions boiled over later Monday as rioters clashed with police and looted several stores in Baltimore. At least seven police officers were said to have been injured and a number of police vehicles were destroyed in the violence.

Nationwide protests against police violence began after the Michael Brown killing in Ferguson, Mo., and grew tremendously following the killing of Eric Garner on Staten Island.

Then, Ismaaiyl Brinsley shot and killed to NYC police officers in an ambush-style slaying in Brooklyn, before killing himself.

Before he killed the cops, he wrote on an Instagram account ahead of the shooting: "I'm putting wings on pigs today. They take 1 of ours, let's take 2 of theirs."

In Los Angeles, police were operating under a "blue alert," meaning officers double up as a precautionary measure, according to the LAPD.