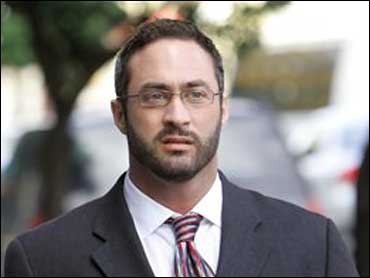 A noted scientist in the sports nutritional supplement world pleaded guilty Friday to supplying the Bay Area Laboratory-Cooperative with the performance-enhancing drug known as "the clear."

Patrick Arnold pleaded guilty to one count of conspiracy to distribute steroids. He's scheduled to be sentenced in August and will likely face three months in jail and three months of home detention.

Arnold's plea comes as a grand jury is investigating whether Barry Bonds, the San Francisco Giants' star outfielder, lied about using "the clear" to another grand jury that investigated the BALCO lab more than two years ago.

Prosecutors say Arnold was intimately involved with distributing steroids through BALCO from 2000 to 2003, and at one point wired a large sum of money to China for the ingredients to make the drugs.

According to leaked excerpts of Bonds' testimony reported in the San Francisco Chronicle, Bonds told the BALCO grand jury he used a "clear" substance and a cream given to him by Anderson.

Last month's publication of the book "Game of Shadows," which detailed Bonds' alleged drug regimen, prompted Major League Baseball commissioner Bud Selig to launch an investigation into past steroid use in baseball.

Bonds, who is approaching Babe Ruth's 714 career home runs, testified that Anderson informed him the substances were the nutritional supplement flaxseed oil and a rubbing balm for arthritis.

Coincidentally, Tim Montgomery, an Olympic relay gold medalist at Sydney 2000 and former world record holder in the 100 meters, is accused of depositing three bogus checks worth a total of $775,000 and picking up a $20,000 fee for brokering the transaction.

Montgomery, 31, also was banned from track and field for two years by the Court of Arbitration for Sport for doping based on evidence gathered in the criminal investigation of BALCO. Montgomery retired in December rather than wait out the suspension.

Arnold was known for introducing the steroid precursor androstenedione to the United States. Nicknamed "andro," the chemical came to public attention in 1998 after St. Louis Cardinals slugger Mark McGwire said he used it when he broke baseball's single-season home run record.

The indictment against Arnold alleged he trafficked in performance-enhancing drugs that were designed to avoid detection by sports leagues, including the U.S. Anti-Doping Agency, Major League Baseball and the NFL.

Bonds hit his 711th career home run in San Francisco's 9-7, 11-inning loss to New York on Wednesday, placing him three homers behind Ruth for second on the career list, behind Hank Aaron (755).