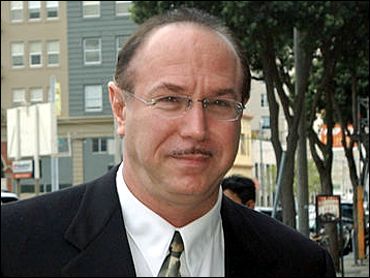 BALCO head Victor Conte was sentenced to eight months on Tuesday as part of a plea deal for his role as mastermind behind a scheme to provide professional athletes with undetectable performance-enhancing drugs.

Conte will spend four months in prison and four months in home confinement in the deal negotiated with U.S. government prosecutors. Two of the three remaining defendants in the case were expected to be sentenced later in the day.

Conte pleaded guilty in July to money laundering and a steroid distribution charge; dozens of counts were dropped.

U.S. Attorney Kevin Ryan in San Francisco has said the plea deals were spurred in part by weak steroid laws and by the fact that some of the chemicals were not banned at the time.

Track coach Remi Korchemny is expected to get probation at a later sentencing date.

Last month, the authorities raided a laboratory in Champaign, Illinois headed by Patrick Arnold, who's known for introducing the steroid precursor androstenedione to the U.S. Andro came to public attention in 1998 when St. Louis Cardinals slugger Mark McGwire said he used it when breaking MLB's home run record.