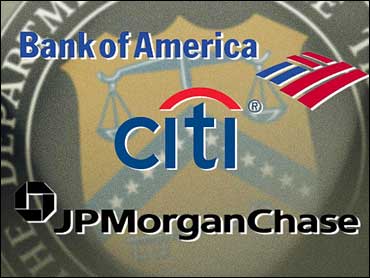 This has got to stop. Do the people who run the biggest banks and financial institutions not understand that Americans are not amused by their behavior?

We learned last week that before Merrill Lynch merged with Bank of America, Merrill which received about $10 billion in bailout money, managed to funnel several billion dollars in bonuses to its executives.

Greed. Hubris. Stupidity. And shame on us for allowing it to happen.

Give people who have proven they don't know what to do with money even more money and they will waste it or spend it on themselves.

We keep hearing the banks are too big to fail, so they have to be bailed out. Here's the problem, they have already failed and they continue to fail. Even with the billions in TARP money, the banks aren't lending more, which was part of the reason behind TARP.

They are actually lending less. And did you see Citigroup is taking delivery on a new fifty million dollar corporate jet? Oi!