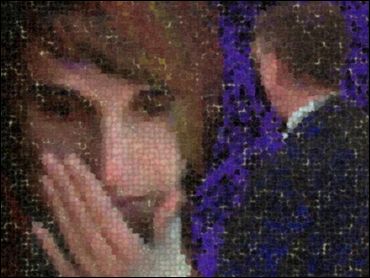 Being in a bad marriage may be equally hazardous to the health of both spouses, according to a new study.

Researchers found men and women in unhappy marriages suffered from increased stress levels throughout the day at home and at work as well as higher blood pressure at midday at the office, which could raise the risk of heart attack or stroke.

"What is happening is that marital problems are spilling into the workplace," says researcher Rosalind Barnett, a senior scientist at the Women's Studies Research Center at Brandeis University in Waltham, Mass., in a news release. "And if these tensions persist over time, there could be serious health problems."

Researchers say the findings also debunk the notion that being in a bad marriage affects the wife more than the husband.

"It's generally assumed that primary relationships are more critical to a women's psychological well-being than men's, but this is not the case," says Barnett. "When there is marital concern, men and women are equally affected."

Sunburns Up; Which State Is Worst?

A Look At FDA-OK'd 'Marijuana' Drug

In the study, researchers measured stress indicators, such as saliva cortisol levels (a stress hormone), blood pressure, and self-reported stress in a group of 105 middle-aged civil service workers in the London area.

The results showed that men and women who reported a higher level of marital concerns had higher cortisol levels in the morning after waking up and higher self-reported stress and blood pressure throughout the day than those who were generally happy with their marriage. These negative effects of a bad marriage were the same in men and women.

Researchers say stress has been linked to a higher risk of heart disease, stroke, cancer, and many other health problems.

They say the results add to evidence that psychological factors, such as marital strains, influence biological functions in everyday life and can have a negative impact on men and women's mental as well as physical health.

The results of the study appear in the Annals of Behavioral Medicine.