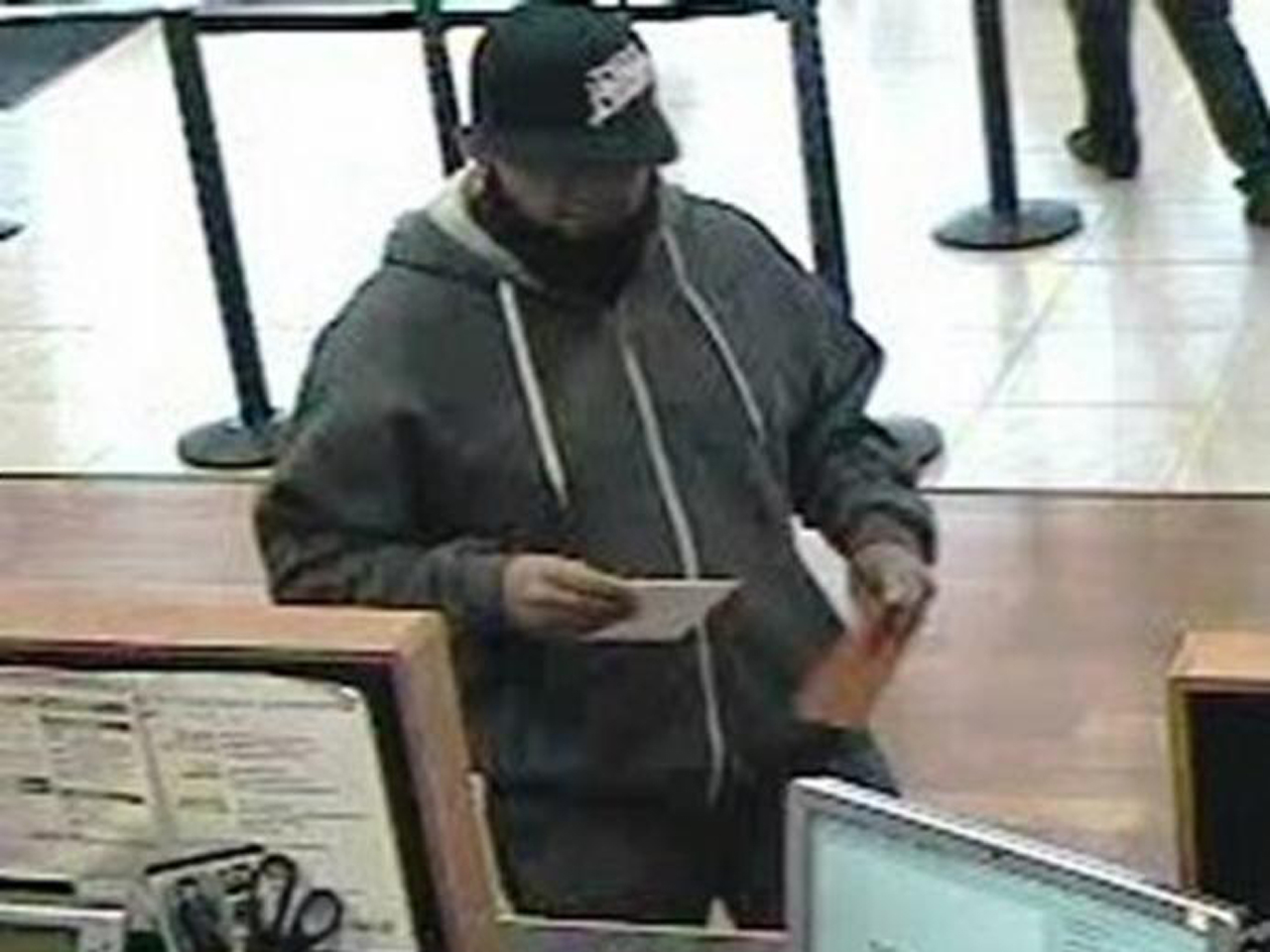 SACRAMENTO – The FBI is asking the public’s help in identifying a serial bank robber in California dubbed the “Bad Beard Bandit.”

The suspect is believed to be responsible for five robberies in northern California between Nov. 21 and Dec. 10.

Authorities say in each robbery the man presents a note demanding money and threatens to use a gun.

The suspect is described as being 5’8” to 6’ tall, with dark hair, a stocky/heavy build and weighing 2010 to 230 pounds. He is believed to be either White or Hispanic and is thought to be between 25 and 35-years-old.

In each of the robberies, the suspect was seen on surveillance video wearing a ballcap and a distinctive black beard.