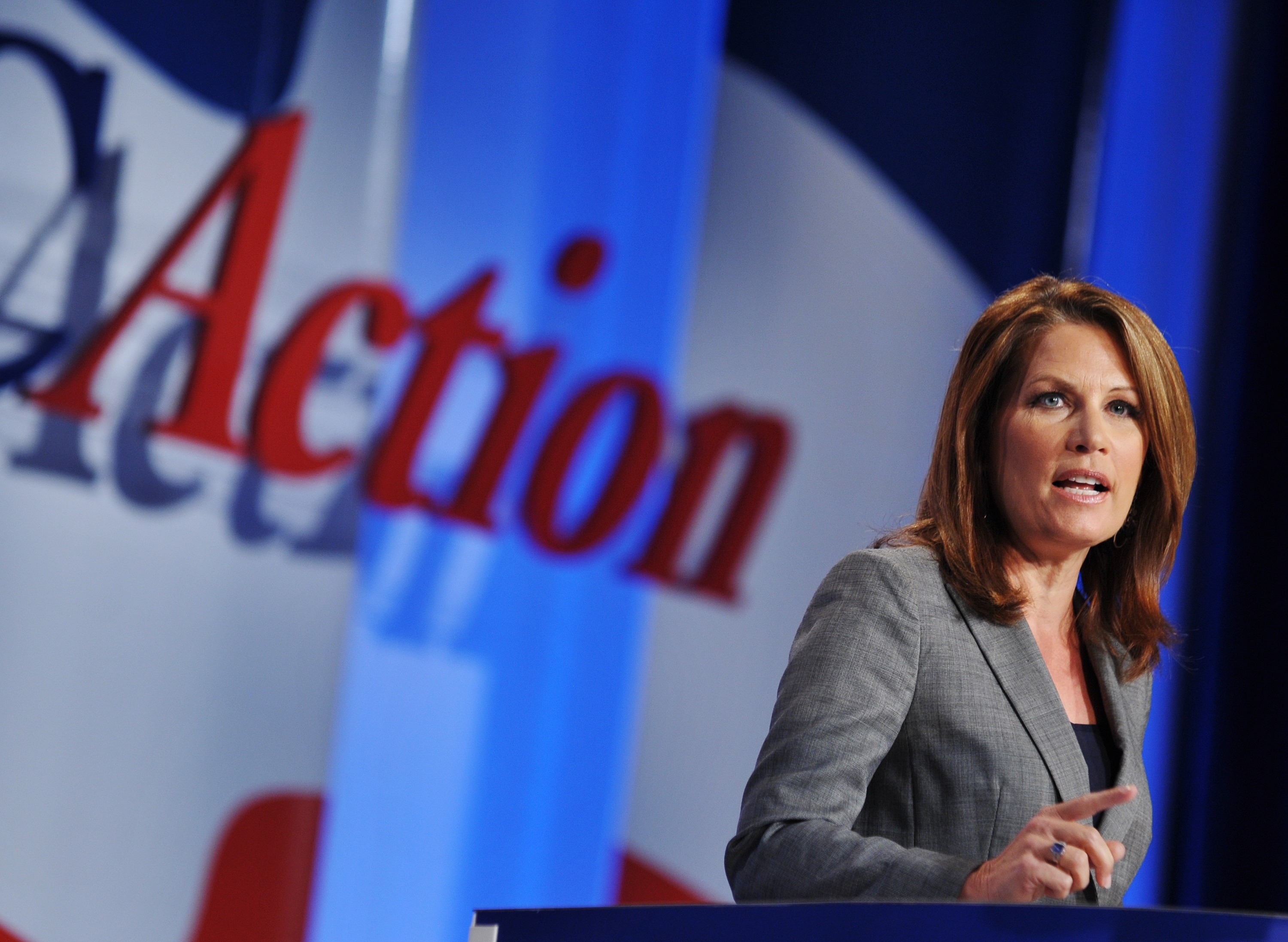 (CBS News) In impassioned remarks at Friday's Values Voter Summit in Washington, D.C., former GOP presidential candidate Rep. Michele Bachmann, R-Minn., went after President Obama on foreign policy, calling him the "most dangerous president we have ever had," and directly tying his policies to the recent violence in Egypt and Libya.

Bachmann, in remarks at Washington's Omni Shoreham hotel, accused the Obama administration of responding to the chaos - which resulted in the death of four Americans, including the U.S. Ambassador to Libya - with "weakness and lack of resolve."

"This was an intentional act that was done by radical Islamists who seek to impose their set of beliefs on the rest of the world and we will not stand for it," Bachmann continued. "No one here is suggesting that all Muslims are radical but we should not be ignorant of the objective reality that there's a very radical wing of Islam that's dedicated to the destruction of America, of Israel, and Israel's allies, and what we're watching developing before our eyes today are the direct consequences of this administration's policy of apology and appeasement across the globe."

The Minnesota congresswoman was one of many speakers on the docket at the Values Voter Forum to mock Democrats over a back-and-forth at last week's convention over whether or not to include the word "God" on the official party platform.

Speaking before Bachmann, actor and producer Kirk Cameron, star of the 1980s sitcom "Growing Pains," delivered a lengthy speech that focused heavily on his belief in God's place in American values.

In remarks that ran more than 20 minutes long, Cameron opened up about his personal relationship with Christianity before moving on to discuss the founding fathers, abortion, his upcoming movie, and, in a self-referentially dated reference, Marty McFly, the fictional protagonist of the "Back to the Future" movies.

"I did not grow up in a family of faith. I didn't grow up in a politically active home. Today as an adult I refer to myself as a recovering atheist," Cameron quipped to the audience. He invoked a desire to "go back in time" and talk to the founding fathers about how to lead the nation toward "the place of blessing."

"If only my name was Marty McFly and I had a DeLorean!" he said, before launching into a tale of his journey to discovery about how America can "return to its original factory settings."

Nearly 19 minutes in, he turned to the "sanctity of life" and his belief that "adoption is the answer to the abortion crisis."

"We change only two letters in the word abortion and we get the word adoption and it reflects the heartbeat of God," he said.

Cameron, too, derided the Democrats for the scuffle over the platform language: "According to our forefathers, God is the platform," he said.

Closing out his remarks, the former teen idol urged the crowd to "vote your conscience and values." He did not mention either Mitt Romney or Mr. Obama.