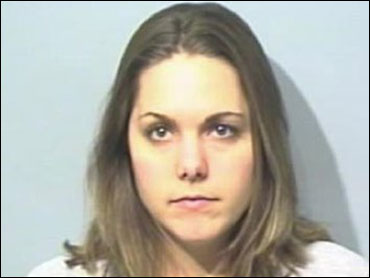 POST FALLS, Idaho (CBS/AP) A 28-year-old Post Falls woman faces charges that she had sex with a 14-year-old boy that she was hired to watch in August 2007.

Summer Nelson was charged Monday with four counts of lewd conduct with a child.

Court records say Nelson was the boy's babysitter and friend of the mother. Police say the abuse was reported in December 2008, after the boy's mother grew suspicious of Nelson's attention towards her oldest son.

Investigators say Nelson told the boy's siblings that she was in love with their brother and asked the boy's mother for her blessing, according to KXLY.

Detectives say Nelson and the boy had at least four sexual encounters.

Nelson remains held in Kootenai County Jail on $50,000 bond. It was not immediately known if she had a lawyer.

If convicted, Nelson could face up to life in prison.