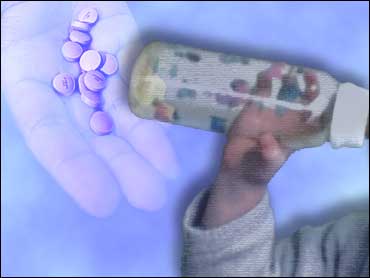 A former Northwest Airlines flight attendant pleaded guilty to assaulting a 19-month-old baby on a flight from Amsterdam by placing a prescription depressant in a cup of apple juice he gave the child to stop her crying, federal officials announced.

The incident occurred on a flight from Amsterdam to Detroit in August. Cunningham pleaded guilty to all three counts in Federal District Court on Monday, according to the statement.

"He wanted to put this behind him," Cunningham's attorney, Neil Fink, told the Detroit Free Press for a Tuesday story.

The Oakland County girl's mother, Beate Turner, took the juice off the flight after noticing that it was bitter and foamy and had blue and white specks floating in it. The girl drank some of the juice, but suffered no serious injury.

Ten days after the flight, Turner took the juice to University Laboratories in Novi, which confirmed the presence of Xanax, a prescription medication used to treat panic attacks and anxiety, the FBI has said. The drug's side effects include drowsiness, fatigue and lightheadedness.

The baby's mother and father attended Monday's hearing and said they were satisfied with the plea arrangements.

Bill Mellon, a spokesman for Northwest Airlines, had little to say about the guilty plea.

"He was let go right after the incident so there is nothing we can do," Mellon said. "We cooperated fully with the authorities. We are pleased that justice has been served."