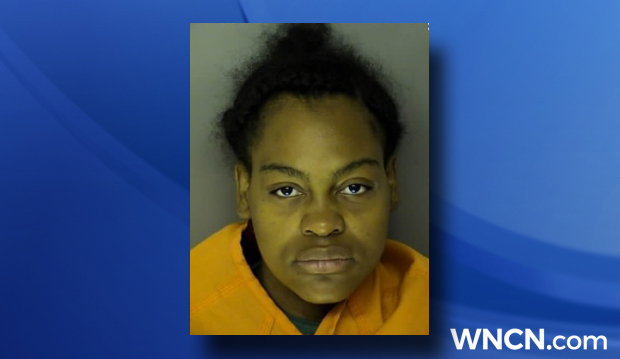 COLUMBIA, S.C. -- The family of a woman charged with murder after her 6-week-old son drowned in a pond at a Myrtle Beach outlet mall said she was overwhelmed by the challenges of returning to work as a first-time mom and dealing with an abusive boyfriend.

Jameisha Alexander was seen holding her son, King, near the pond Saturday night by someone who called security. By the time officers arrived, Alexander was gone and the baby was in the water, according to her arrest warrant.

Paramedics tried CPR but the boy died a short time later. Alexander was taken into custody two hours later after being involved in a wreck about 20 miles away, according to a police report.

Alexander, 24, was jailed on a murder charge pending a Tuesday court hearing. The report was partly redacted and police wouldn't discuss why they think she killed her son.

But Alexander's family said she was having a rough time, and while joyous, her son's birth made things tougher.

"She loved that baby with everything she had in her. I think she felt like she just couldn't do it herself," Alexander's mother, Sandra Jones, told The Associated Press by phone from the family's home in Carrboro, North Carolina.

Alexander had taken maternity leave from her job at McDonald's to recover from her cesarean section, and was nervous about returning to work, Jones said.

Jones said her daughter was intensely private and proud, pushing away offers to watch the baby or to get her other help. Jones said she discovered only after her daughter's arrest that Alexander was being seen for depression before and after giving birth.

Alexander hoped her boyfriend of a year-and-a-half would be more supportive after she got pregnant, but instead he moved her to a filthy home 20 miles from her family and went back to doing drugs and abusing her, Jones said.

Alexander's grandmother was in tears Tuesday, saying her granddaughter just wanted to make everything work.

"All she had to do was talk to me. I always take in whoever needs help. I guess she just felt like nobody cared - when you get to that point," Melba Jones said, her words dissolving into quiet sobs.