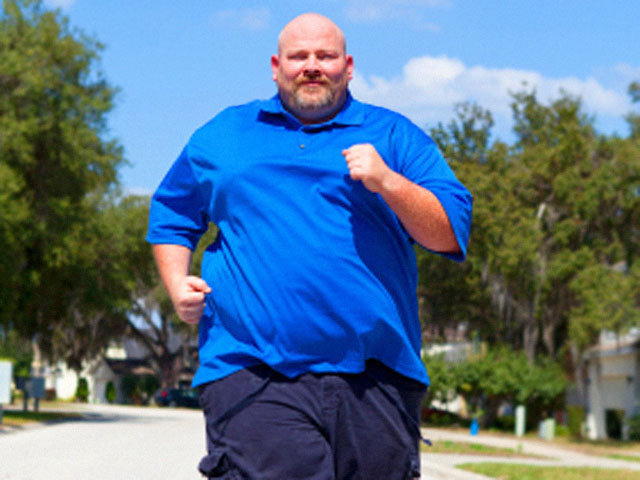 (CBS/AP) Baby boomers fear dying from cancer, or losing their memory from Alzheimer's as they age. What they should be worrying about is their growing waist lines, as the generation's obesity problem can cause serious health risks and take a toll on the U.S. healthcare system in the not-so-distant future.

A new Associated Press-LifeGoesStrong.com poll found baby boomers are more obese than past generations, which can make for some unpleasant and unhealthy senior years.

Part of the problem is a sedentary lifestyle. Most adults are supposed to get vigorous exercise for 2 1/2 hours a week. That may come from doing simple activities four to five times a week like taking a brisk walk, participating in a dance class, or pushing a lawn mower. But the surveyed boomers only exercise enough to raise their heart rates about once a week, if that. Worse, 37 percent don't strength-train whatsoever, missing out on a crucial activity that fights muscle loss that comes with aging.

Boomers report that walking is their exercise method of choice. The good news: Walk enough and the benefits add up. The bad news: they're not walking enough.

Based on body mass index calculations from surveyed participants' self-reported height and weight, about a third of the baby boomers are obese, compared with about a quarter of both older and younger responders. Only half of the obese boomers say they exercise regularly. An additional 36 percent of boomers are overweight, though not obese, which isn't much better.

Baby boomer's health woes from obesity, which include an increased risk for arthritis, heart disease, diabetes, and high blood pressure, may contribute to a surge in Medicare costs now that they've started turning 65. Baby boomers are considered the generation born from 1946 to 1964.

"They're going to be expensive if they don't get their act together," said Jeff Levi, executive director of the nonprofit Trust for America's Health. He cites a study that found Medicare paid 34 percent more for an obese senior than one who's a healthy weight.

But baby boomers are trying to eat healthy - about 60 percent of them polled say they're dieting and slightly more are eating more fruits and vegetables or cutting cholesterol and salt.

But it also takes physical activity to shed pounds. That's especially important as people start to age and dieting alone could cost them precious muscle in addition to fat, says Dr. Jack Rejeski a professor in exercise and aging at Wake Forest University. Muscles become flabbier over time until people find themselves on the verge of disability, like a canoe that floats peacefully until it gets too near a waterfall to pull back, he says.

"I don't think there's any question the earlier you get started, the better," says Rejeski, a boomer himself who walks about 30 miles a week. "If you allow your mobility to decline, you pay for it in terms of the quality of your own life."

But when it comes to disease fears, the baby boomers are misguided. Nearly half of them worry most about cancer, the second leading killer in the U.S.. Heart disease is the nation's No. 1 killer, but it's third in line on the boomers' worry list. They're more concerned about memory loss.

In fact, more than half of boomers polled say they regularly do mental exercises such as crossword puzzles. Some also take fish oil, a type of fatty acid that some studies suggest might help prevent mental decline.

The AP's poll was conducted from June 3-12 by Knowledge Networks of Menlo Park, Calif., and involved online interviews with 1,416 adults, including 1,078 baby boomers born between 1946 and 1964. Knowledge Networks used traditional telephone and mail sampling methods to randomly recruit respondents. People selected who had no Internet access were given it free.