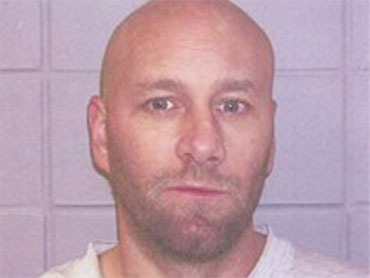 Barbra Streisand doesn't listen to most of today's pop music, likes to spend time tending to her rose garden, and isn't rushing to return to the silver screen.

While she may be the ultimate Hollywood diva, the 60-year-old singer isn't immersed in show business much these days - and she's loving that.

"I'm kind of content in my own life, and therefore I don't need work," Streisand said in a recent phone interview. "I'm very busy with my life and my family and stuff like that, and I try to have a good time without having to work."

Streisand hasn't made a movie since 1996's "The Mirror Has Two Faces," and her latest album, "Duets," released last month, contains only two new songs. The rest is duets from her long career, with singers ranging from Frank Sinatra to Donna Summer.

While some of the material dates back to the early 1960s, Streisand says she doesn't really think about her past work much. "It's not something that I have great nostalgia about."

She does have fond memories of her duet with Judy Garland on "Get Happy/Happy Days Are Here Again" - "That was a very special thing to meet her, and to have her support, and to have her kind of cling on to me and feel protective of her."

Yet the eight-time Grammy winner doesn't keep up with today's pop scene. In fact, she says: "I don't ever listen to it. I can't make it out."

She recently went to see Eminem's hit movie debut, "8 Mile," and had trouble following what the rapper was saying: "Most of the language I couldn't understand. It's like watching a foreign film."

As far as her own movie career, the director and Academy Award-winning actress and composer is sifting through scripts, but not much interests her.

"I read things, but I feel very busy as a person, you know. I spend a lot of time with my garden. There's stuff that has to do with life, real life, and not fantasy life."

Besides, she says, "It's time. It's nice to pass the torch, let the younger generation take over and strut their stuff."

Her passion for politics hasn't waned. The Democratic booster says she spends much of her day watching political programs and reading articles, which she posts on her Web site.

Of the recent mid-term elections, in which Republicans took control of Congress, she says: "I think the first day or two after the election, I was completely discouraged. You kind of say, 'I'm not going to be involved in this anymore.' And then you say a few days after that - 'Now is the time to fight even harder."'

A favorite target of conservative pundits, she says: "What I resent is, one is kept in a box, like if you're an artist, you can't have political opinions?"

She credits her four-year marriage to actor James Brolin with helping shift her attention to personal, rather than professional, aspirations. They like to go out on long drives in their truck, and she's been spending much of her time overseeing construction on their new home and trading stocks.

"Believe me, I was very discouraged, but the market shows a certain kind of vitality now, so I find it real fun."