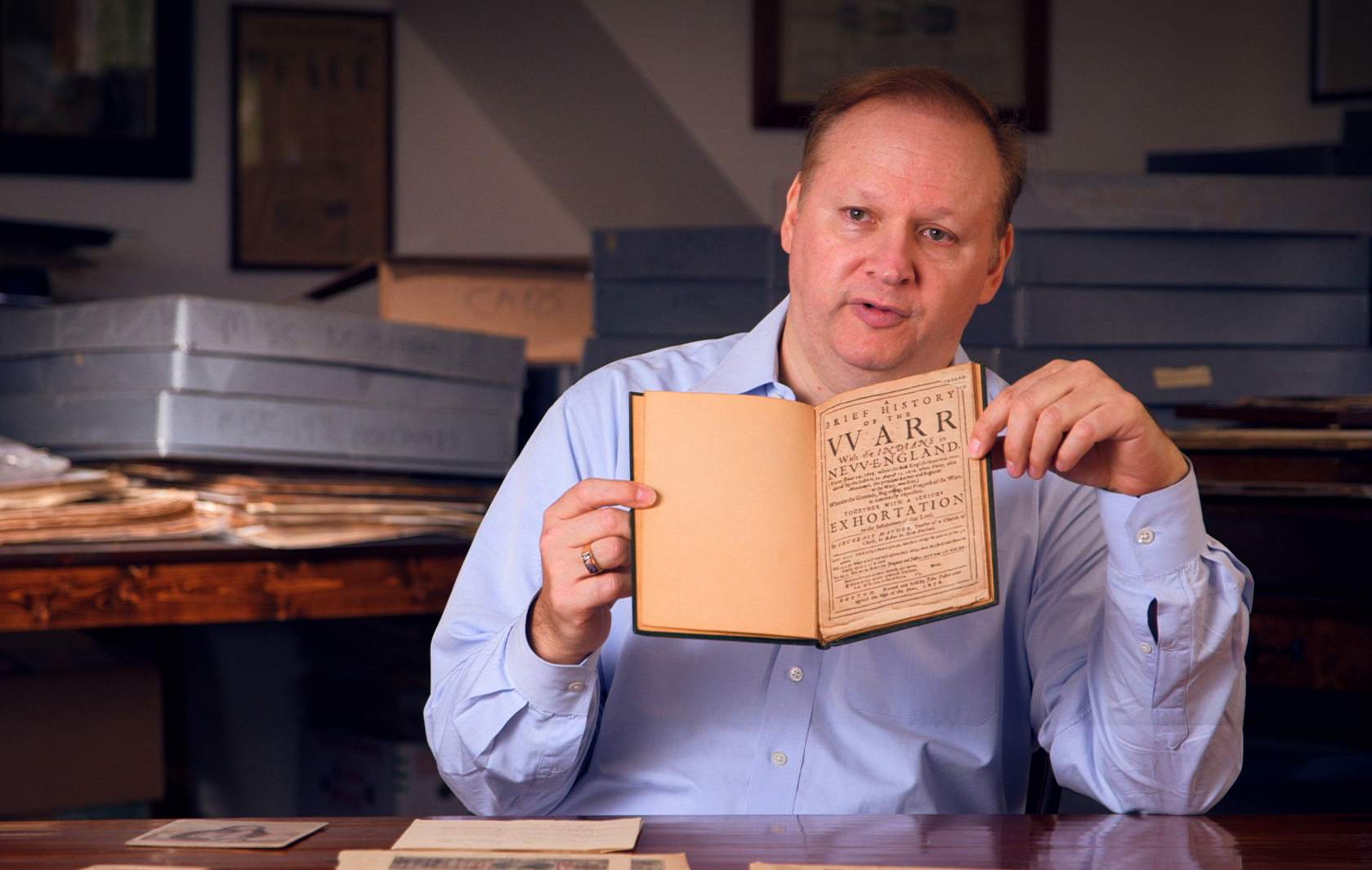 ALBANY, N.Y. -- Eric Caren became obsessed with old newspapers when he came upon stacks of them in an abandoned house in his boyhood hometown. Four decades later, he has amassed what's considered one of the largest private collections of historical papers in the United States.

In April, nearly 300 items from the Westchester-based Caren Archive are being auctioned at the Manhattan location of Bonhams. The items for sale range from Revolutionary War documents describing the battles of Lexington and Concord to a mug shot of Western outlaw Butch Cassidy.

A Bonhams' specialist said Caren's vast collection of more than 1 million items is unique not only because it spans nearly five centuries and several continents but also for the relative immediacy to history-changing events recorded in many of the documents.

"He really has an eye for coming as close to the event as he possibly can," said Christina Geiger, director of fine books and manuscripts at Bonhams.

The 54-year-old Caren said he began collecting old papers as a boy growing up in Rockland County, north of New York City. Told by friends about a "creepy" home filled with newspapers, Caren got up the nerve to explore the decrepit house he described as being "straight out of 'Psycho.'" The yard outside was strewn with windblown newspapers, while the interior was piled high with many more dating back to the early 20th century. The 11-year-old was hooked immediately.

"I was fascinated," Caren told The Associated Press this week in a telephone interview from his home in Woodstock. "I loved the way they transported me back in time."

He set aside a stamp collection he started when he was 4 and concentrated on old newspapers. His first purchase was a 1771 Colonial paper he bought for about $5. After a post-college stint in London directing a rare newspaper gallery, he returned to the U.S. in 1983, founded the Caren Archive and has been a full-time dealer in historical collectibles since.

The items he's putting up for sale in the spring include a copper-engraved broadside celebrating Sir Francis Drake's circumnavigation of the globe, one of the archive's oldest items. Dating to the late 16th century, it was produced after Drake returned to England in 1580. The artifact is expected to sell for as much as $80,000.

Other documents for sale include items from Caren's extensive 18th-century Colonial American collection, among them rare books, newspapers and broadsides, typically a one-page, one-sided sheets of paper meant for posting in public places. One such Caren-owned broadside describing the Lexington and Concord battles in April 1775 is expected sell for up to $35,000.

A 1676 book on the recently concluded King Philip's War in New England is expected to sell for as high as $35,000, and a Boston newspaper's page-one publishing of the Declaration of Independence two weeks after it was signed is predicted to fetch as much as $80,000.

Todd Andrlik, an author and collector of 18th-century newspapers, said he was introduced to Caren and his collection while doing research for a 2012 book, "Reporting The Revolutionary War."

Andrlik now refers to him as "the Babe Ruth of private historical collecting."

"I'm still that little boy in search of treasure," he said.