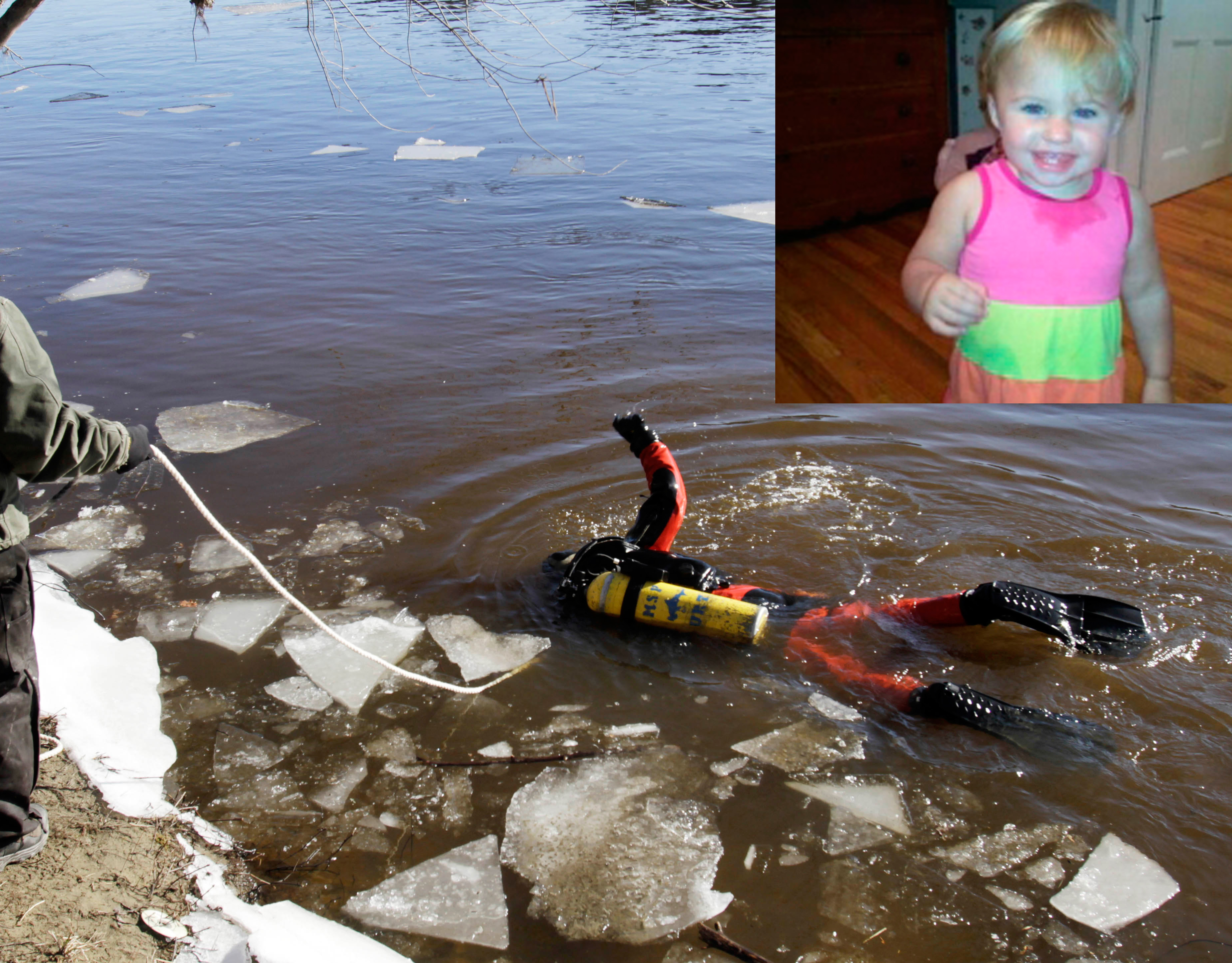 (CBS/AP) WATERVILLE, Maine - Divers who searched a river and nearby stream in the hometown of missing toddler Ayla Reynolds turned up no new clues Friday as the Maine girl's disappearance approached seven weeks.

"I'll be candid," Department of Public Safety spokesman Steve McCausland said. "It's been 48 days and our concern grows every day, but we remain hopeful that we'll find Ayla."

The dives into the Kennebec River, which was previously searched Jan. 11, and a stream that flows through the city, yielded a backpack and a knife, neither of which is connected to the child's disappearance, McCausland said.

Ayla was 20 months old when she was reported missing from her father's Waterville home on Dec. 17. Her disappearance has been declared a crime, and a $30,000 reward has been offered for information that leads authorities to the girl.

Ayla's father, Justin DiPietro, told police that he last saw Ayla when he put her to sleep on Dec. 16 but that she wasn't in her bed when he checked on her the next morning. Ayla's mother, Trista Reynolds, lives in Portland.

Police have said they believe DiPietro and two other adults who spent that night at DiPietro's house that night know more than they're telling investigators. Police confirmed that Ayla's blood was found in the partially finished basement that DiPietro used as his bedroom.

Officials on Friday made another appeal to the public for information to help locate the child.